Week 37: Stolen Bikes in the UK

I bought four bikes in the last couple of months, so when I ran across a visualisation about stolen bikes in the UK, I had to open it up to everyone. In addition to lots of interesting visualisations this week, we also hosted another Makeover Monday Live; this week we were in Dublin, Ireland with about 75 other Tableau enthusiasts at the Dublin TUG hosted by The Information Lab Ireland. 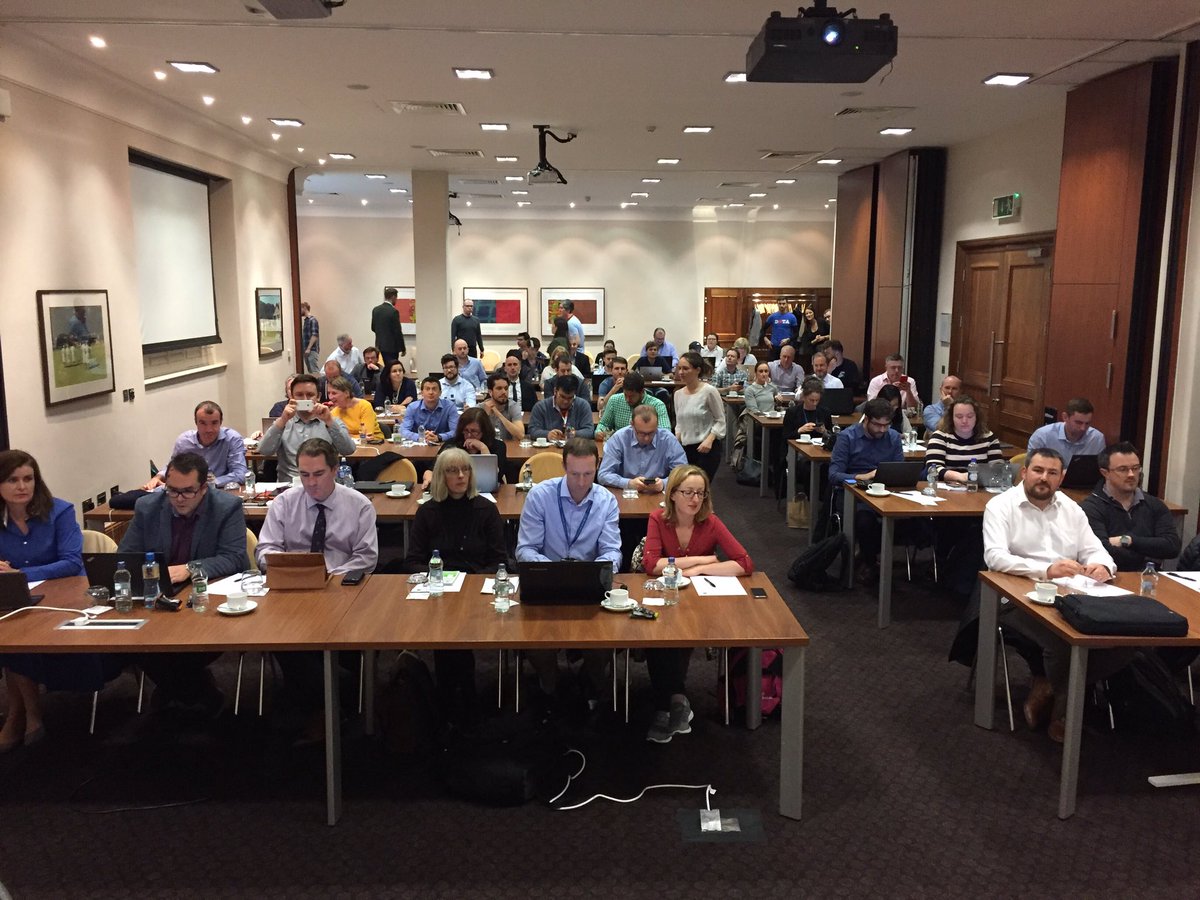 Admittedly, this has been a crazy busy week for me. Between Alteryx Inspire Europe, prepping for the Dublin TUG and doing analysis on Gaelic football, I simply ran out of time and didn’t get to take notes about lessons learned throughout the week. However, I would like to share one.

My original visualisation contained this map of bikes stolen by police area. 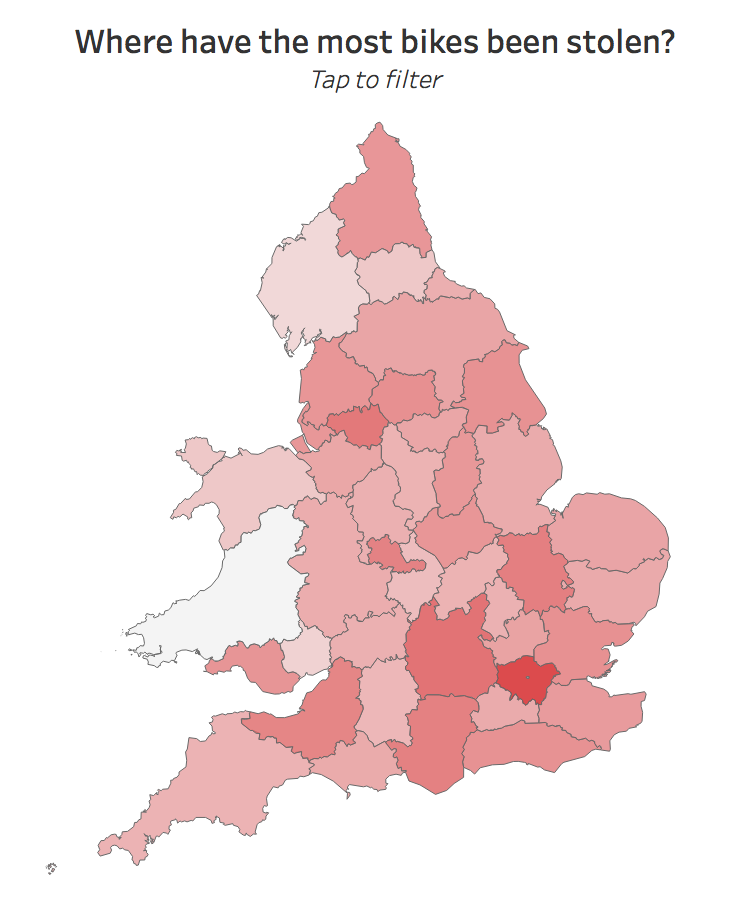 I outlined in my blog post that I used a log scale on color to account for the dramatic scaling that London brings into the mix. However, I really shouldn’t have done this. As a commenter on my blog pointed out, it would have been way better to show bikes stolen per capita and I couldn’t agree more. Looking at bikes stolen per capita lets an individual know much better how much THEY are at risk.

I went to the ONS website and found population estimates by police area and this is how the map look now. 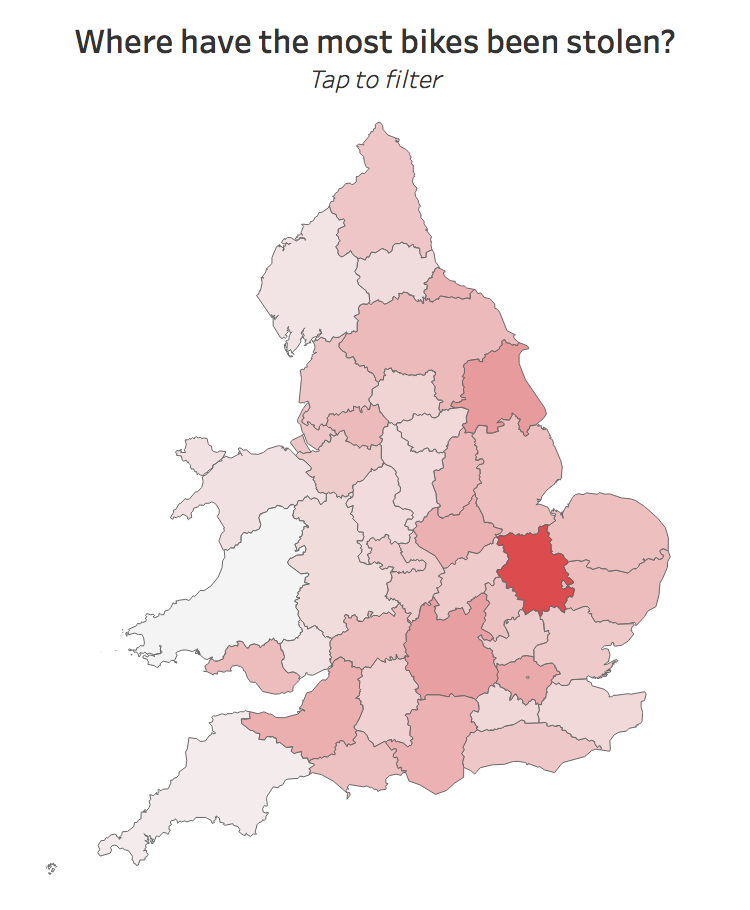 Quite a difference and the story is much different. I must note that I removed City of London from the map because no one lives there so they numbers are outrageously skewed if I include it. What sticks out now is that Cambridgeshire is the hotspot for bike theft.

The lesson is clear: when you can include context, do so. With that, let’s get onto my favorites for week 37. 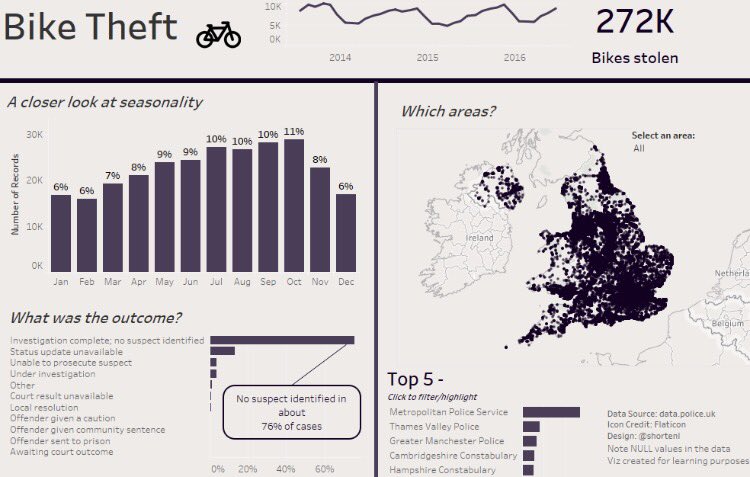 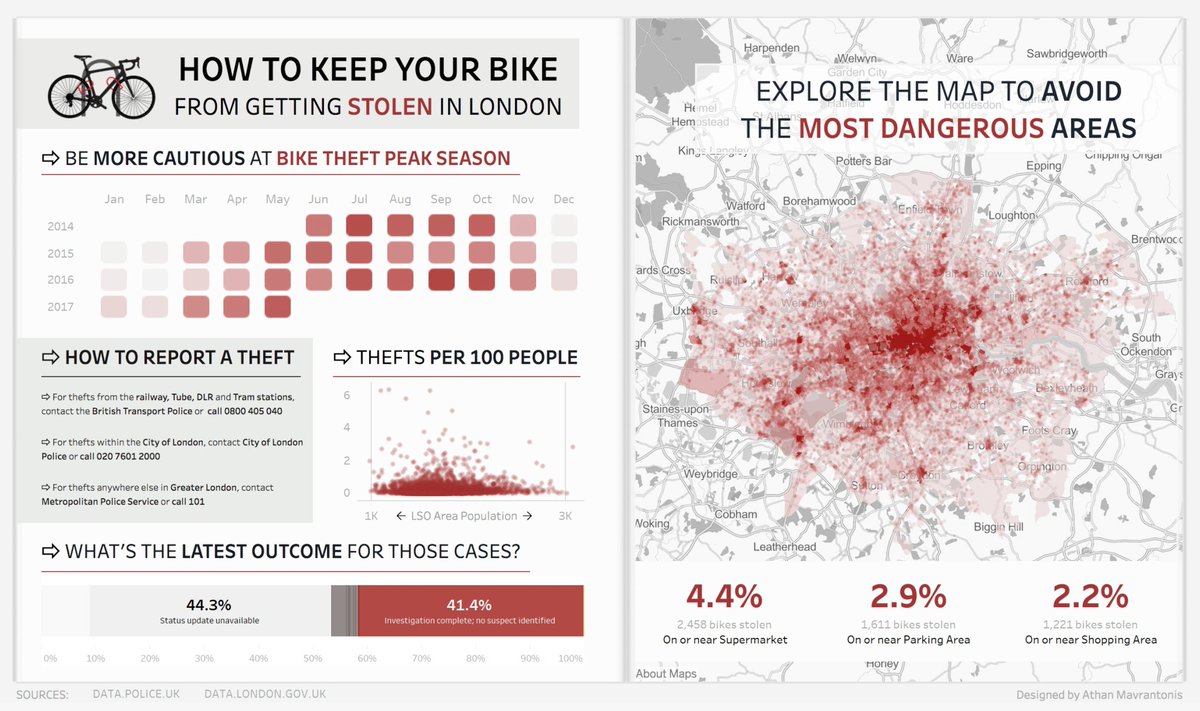 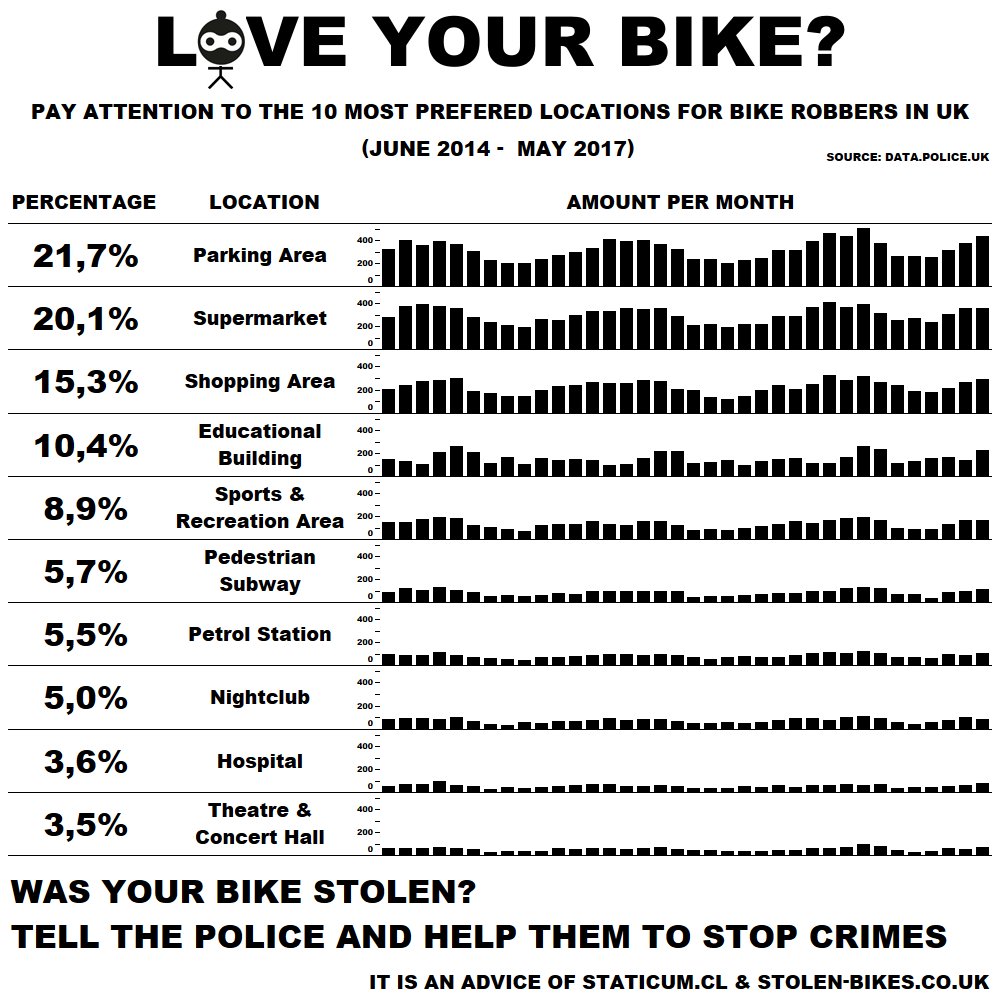