Week 26 was about bike hires in London, this week was about rats in New York City. They may seem like completely opposite topics, but the data is remarkably similar. I intentionally chose this data set because I was curious to see how different the visuals would be simply by swapping bikes for rats. I was curious about two topics in particular:

Let’s get right to this week’s lessons.

Mapping becomes easier and easier every day in the tools we use to visualize data. Given that it’s so simple to create maps, let’s begin to move away from simply creating a map with all of its defaults towards understanding which map is right for the situation. Eva and I have spoken countless times about using dot maps instead of choropleth (or filled) maps when some areas are way larger than others (e.g., Russia vs. Luxembourg).

This week, given the data set was focused on a single city with zip codes that are very similar in terms of their area, it made more sense to use a filled map rather than a dot map. Notice in this example how no single zip code dominates and the comparisons between zip codes are not difficult. 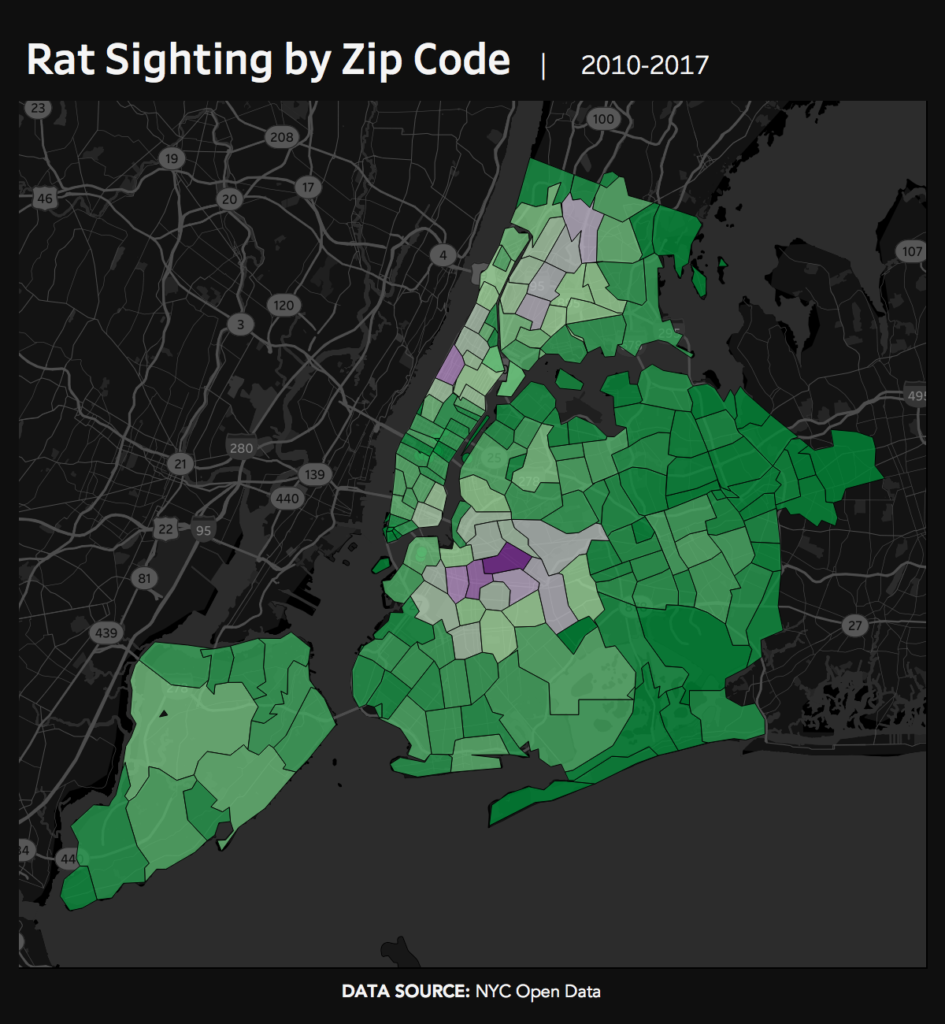 Contrast that to a dot map that is sized and colored by the number of reported rat sightings. I think we lose a lot of context with the dots. Is it easy to immediately know what their locations represent? Not only is the filled map easier for making comparisons, you likely instantly comprehend the geographical element that is being displayed, and the filled map is more pleasing to the eye.

The filled map works fine if you want to aggregate to the zip code level, however, a filled map is not possible if you are looking at the location of each individual incident. In this case, you would need to use a dot map, make the dots very small, and possibly distinguish them by the borough. 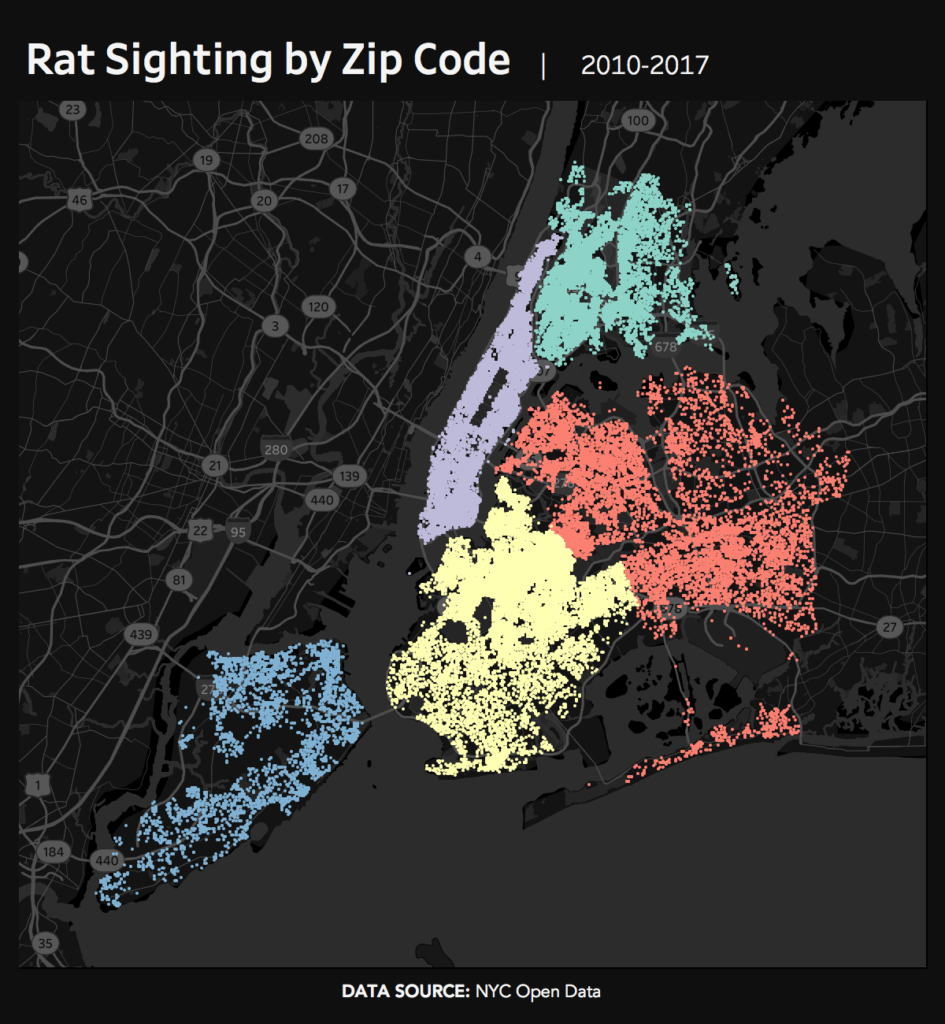 This looks pretty good, but even when you increase the transparency on the dots, you still don’t a good sense of the concentration of the sightings. This is where density maps come into play, as shown in the TC Europe keynote. 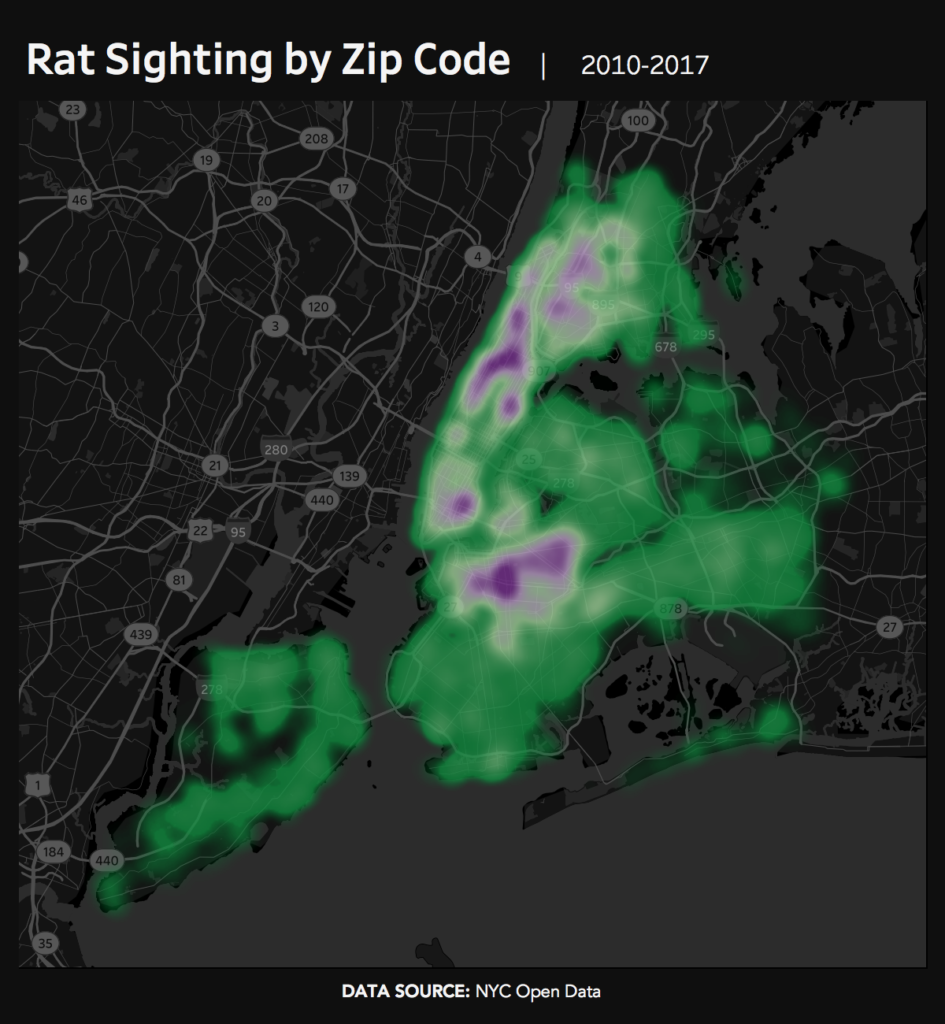 A density maps does a fantastic job of displaying the concentration (or density) of the data. Think of this map as showing hot spots of reported rat sightings. The great feature of density maps is they adjust as you zoom in or out. For example, when I focus on the area around Central Park, the density adjusts without needing to filter the data. 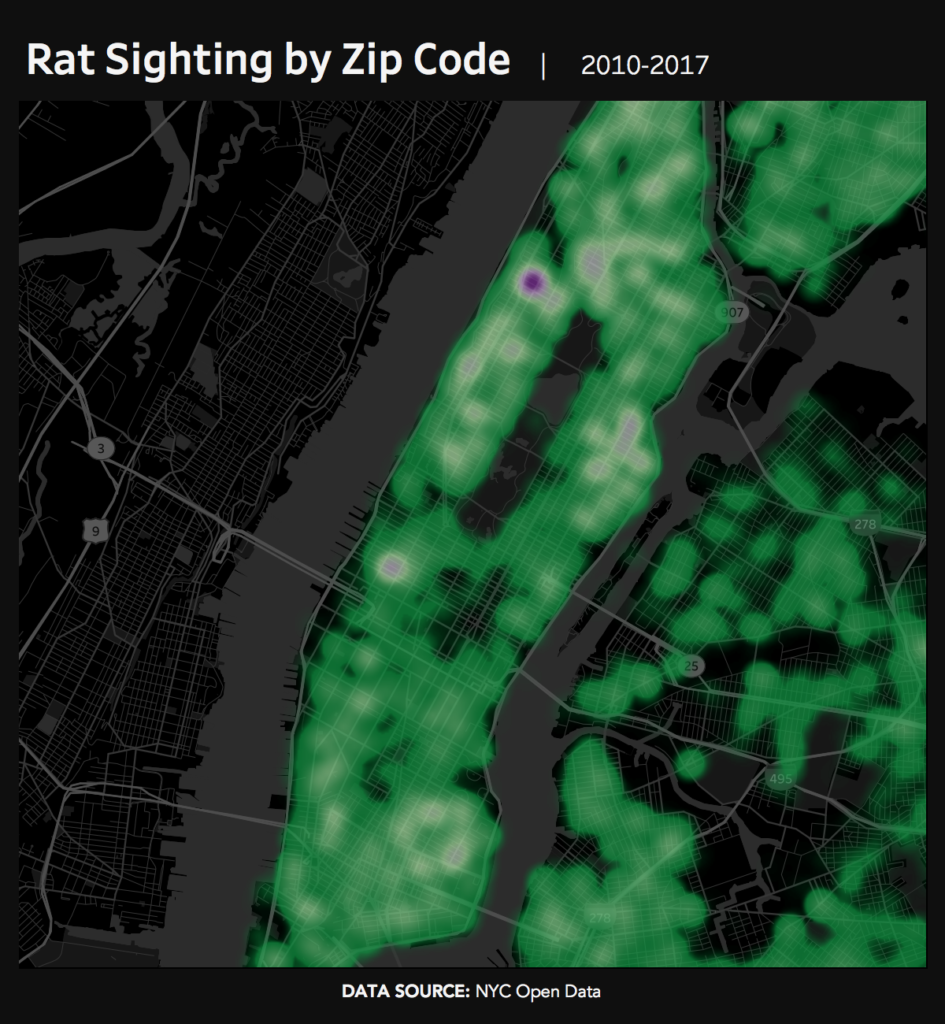 There were many great map examples this week. From filled maps to hex maps to tile maps to dot maps to 3D maps, this week showed off the mapping capabilities of the Makeover Monday community. Every map type has a purpose. Learn more about them and you’ll become a better designer and data communicator.

LESSON 2: WHAT IS A MARGINAL HISTOGRAM?

A marginal histogram is a heat map with bar charts above (or below) and to the side summarizing the rows and columns of the heat map. Consider this example from Charlie Hutcheson: 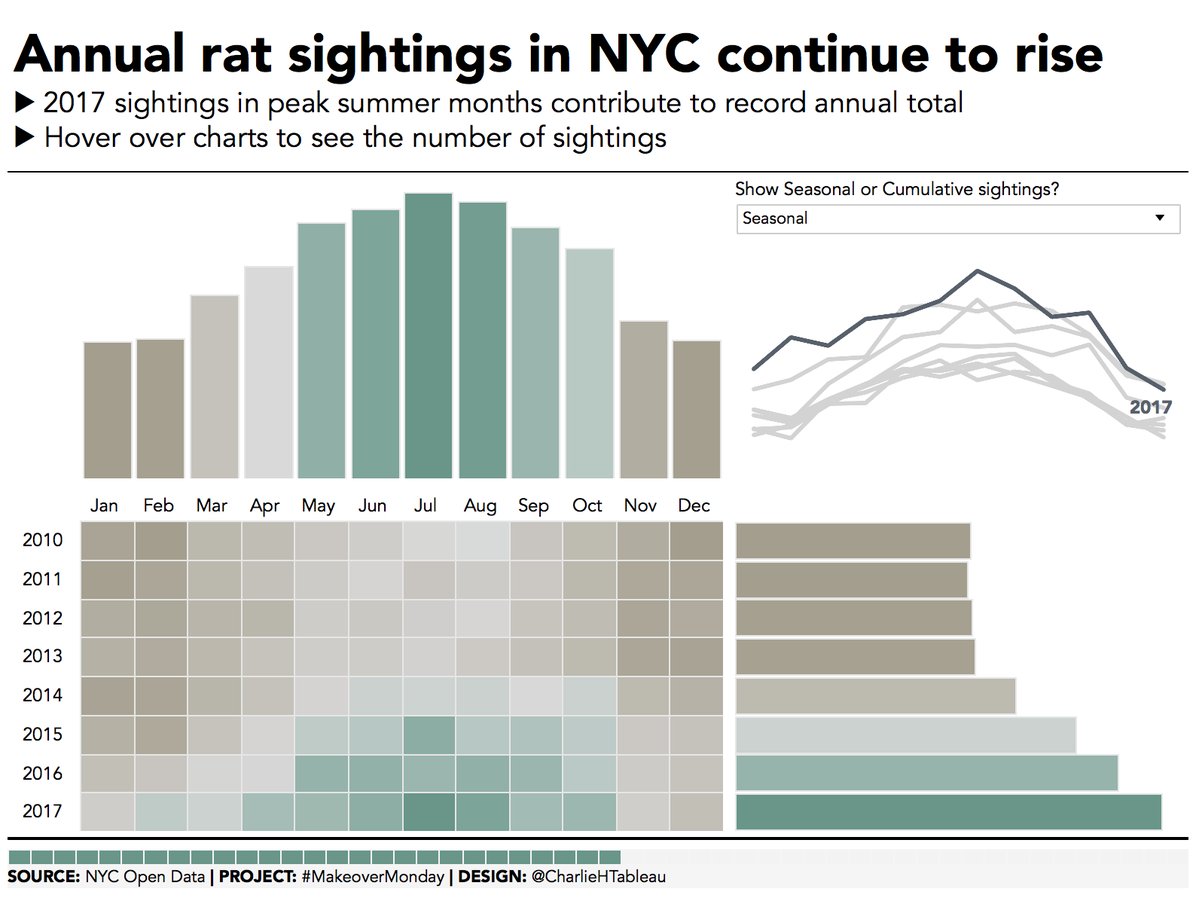 There are three main components to creating a marginal histogram.

Create the heat map by placing date or time parts on the rows and columns and then placing a measure on the color shelf. In this case, Charlie placed Month in the columns, Year in the rows, and colored by number of records. 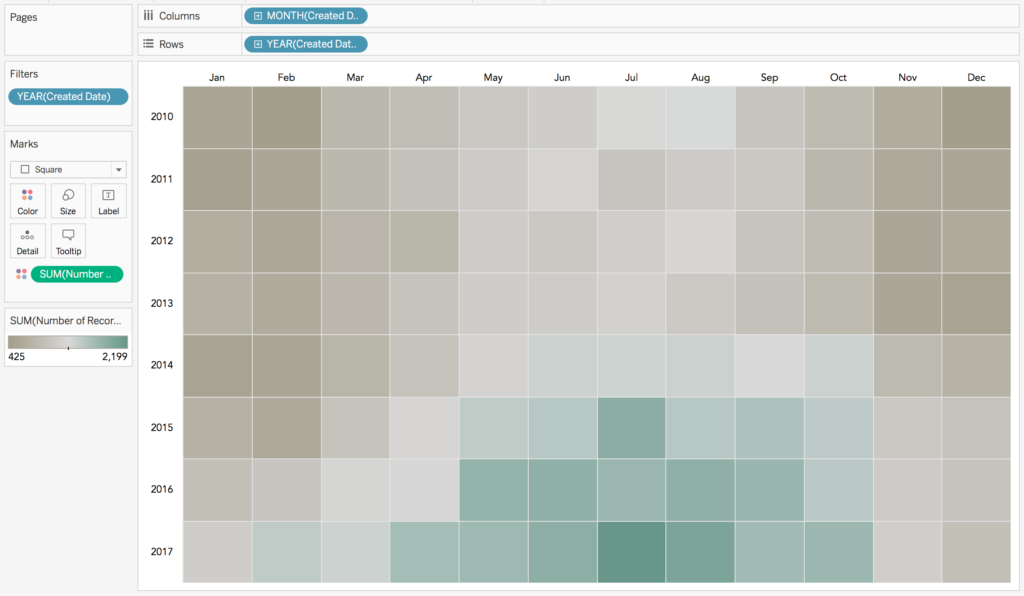 Create a vertical bar chart based on the same dimension that is in the columns of the heat map. Notice that Charlie include a dummy field in the rows; this is needed for aligning everything perfectly in the dashboard. He’s also hidden the header for the columns; this is necessary so that the month labels don’t display on both charts, giving a cleaner look.

Create a horizontal bar chart based on the same dimension that is in the rows of the heat map. 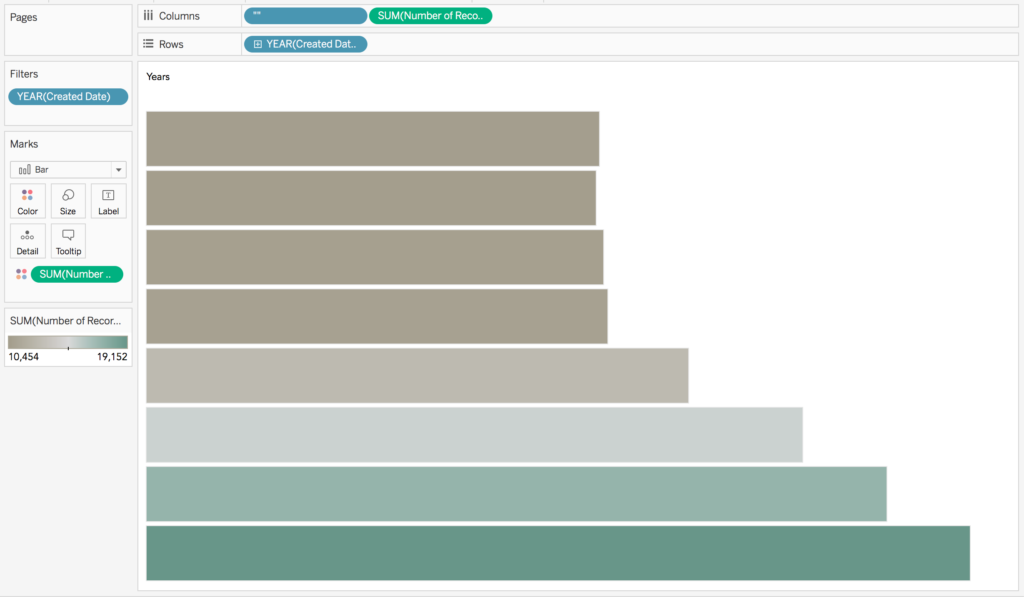 This time, Charlie include a dummy field in the columns and hid the header for the rows. Once you have the three charts built, drop them in a dashboard, do a bit of fiddling to get the alignment just right, and you’re done!

These are super useful charts for showing both concentrations and distributions. Give it a try next time you have time series data. With that, let’s get onto the favorites. 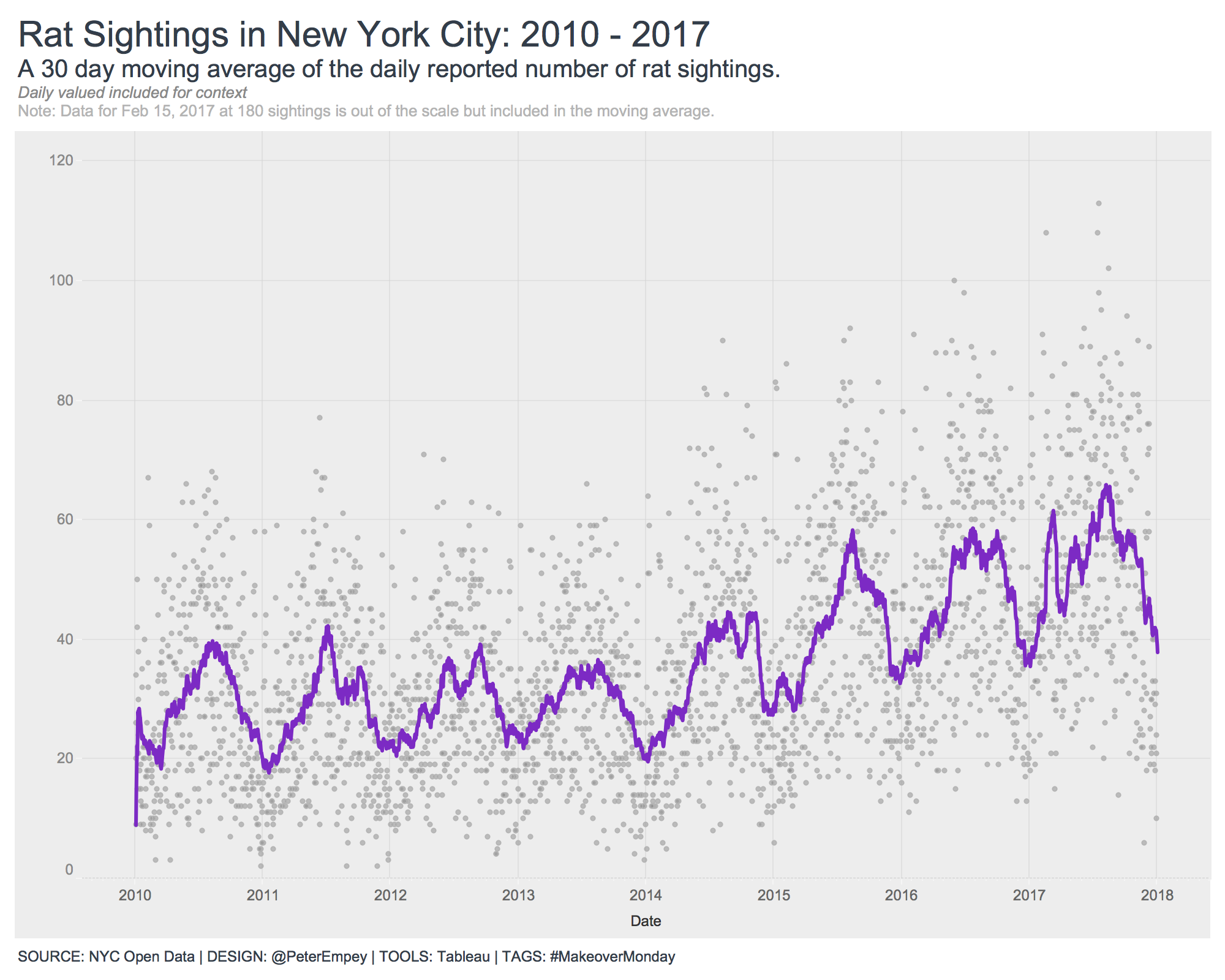 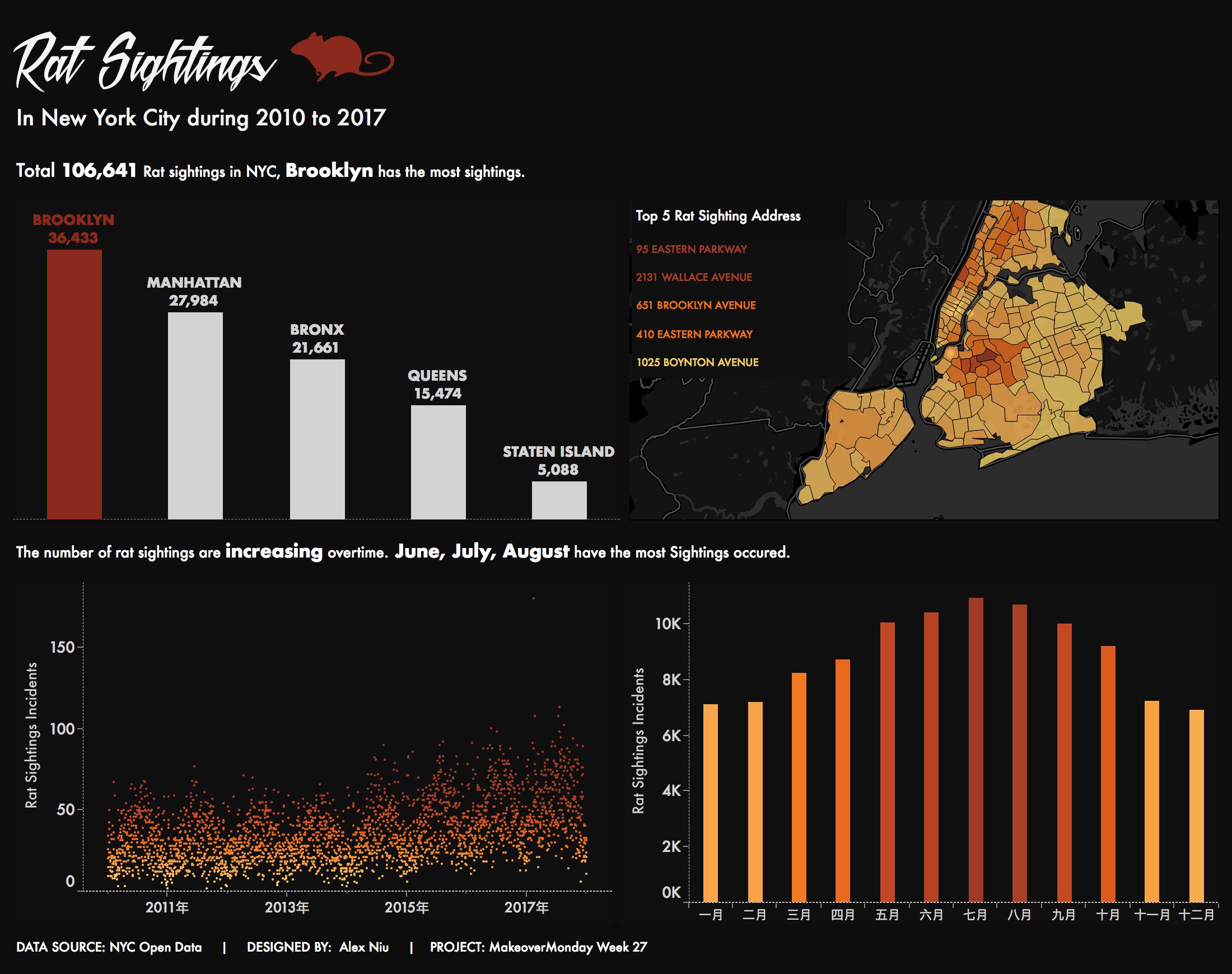 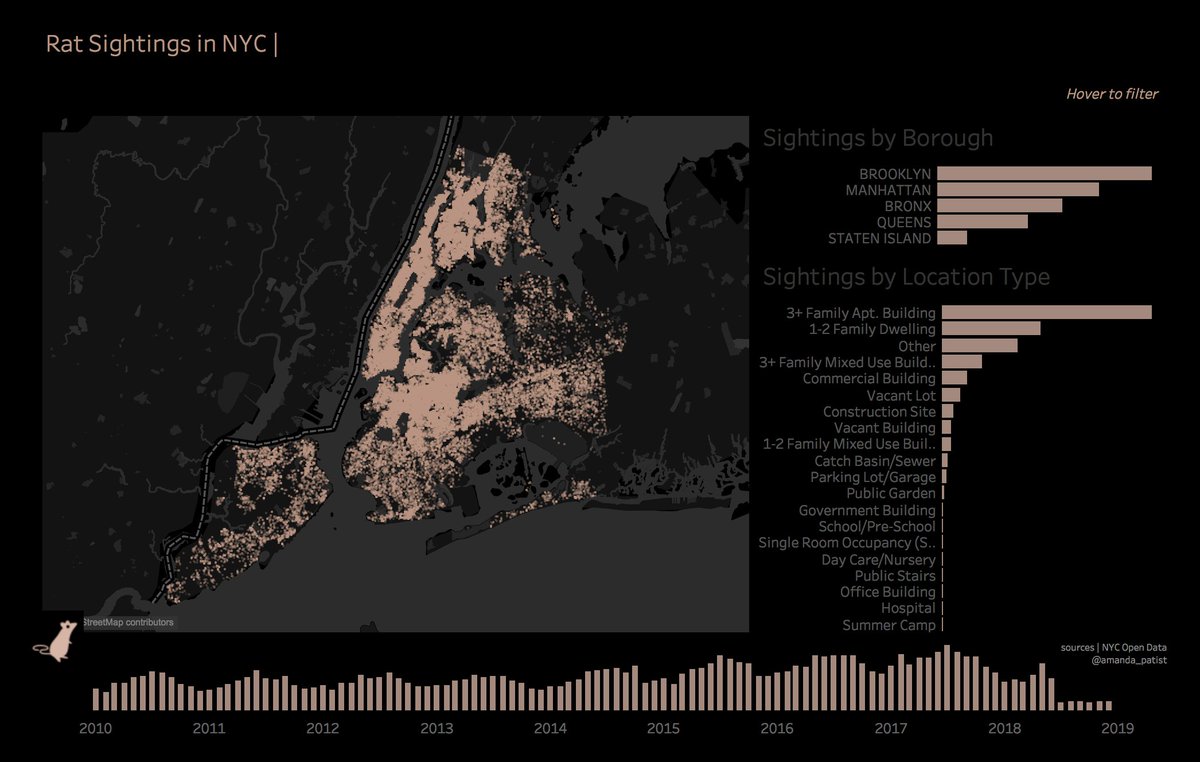 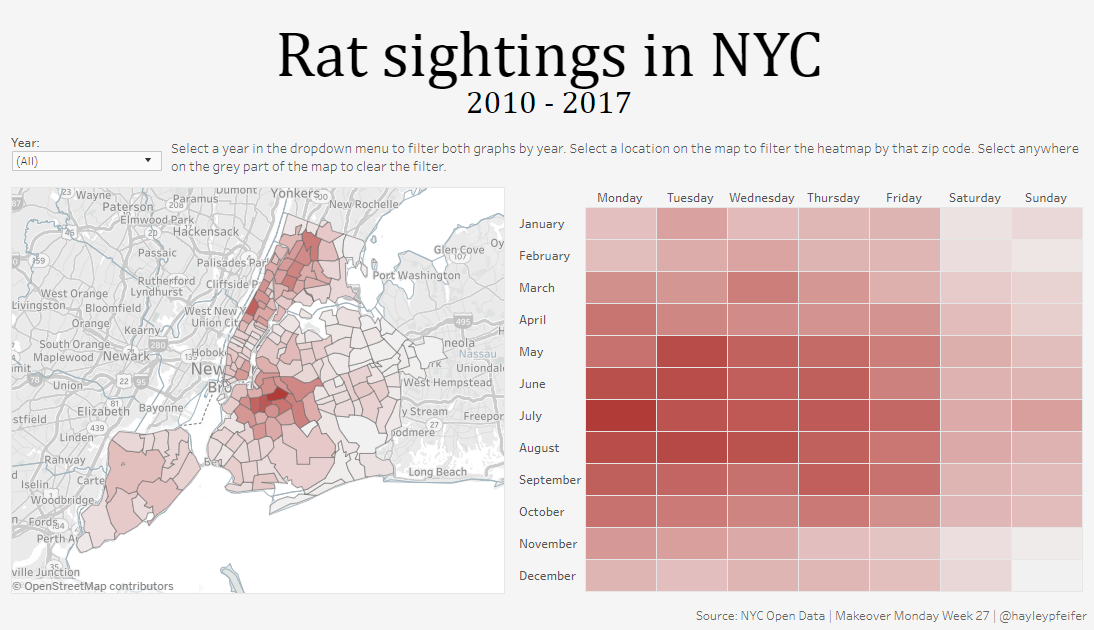 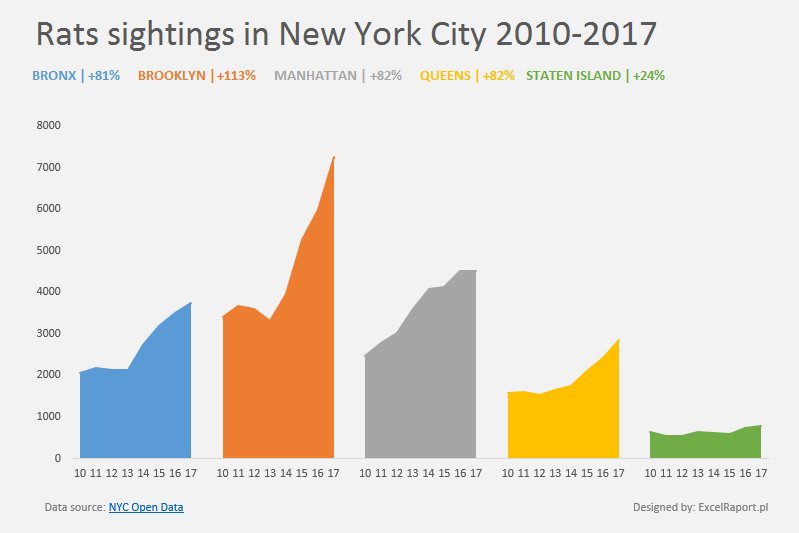 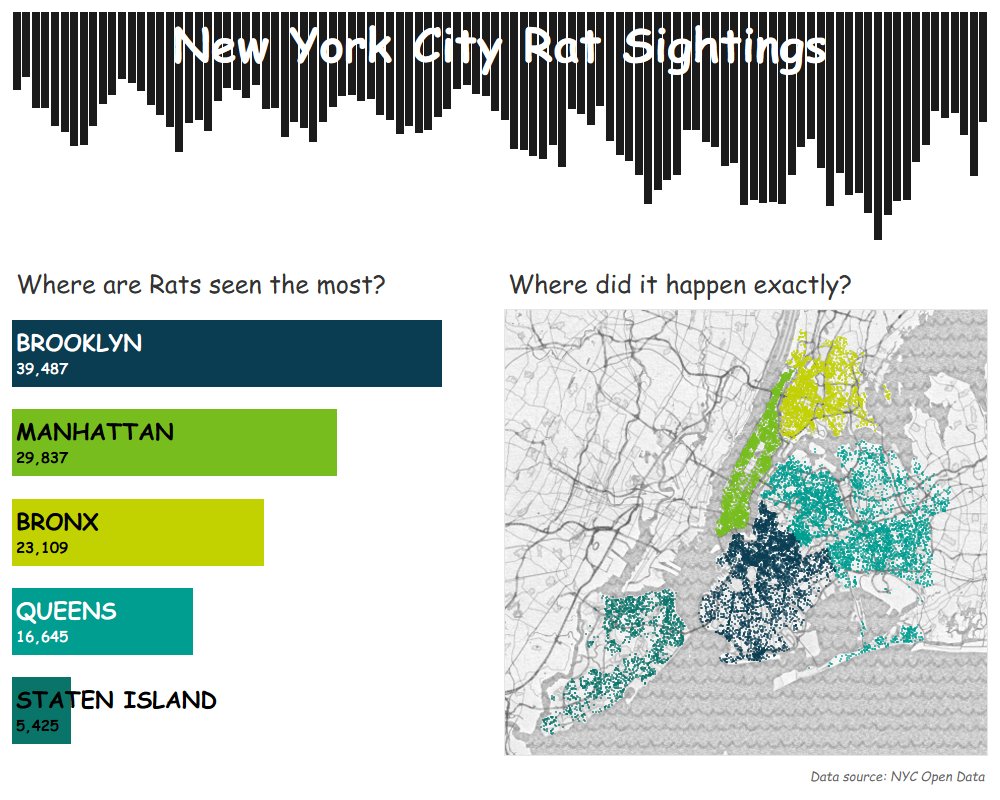 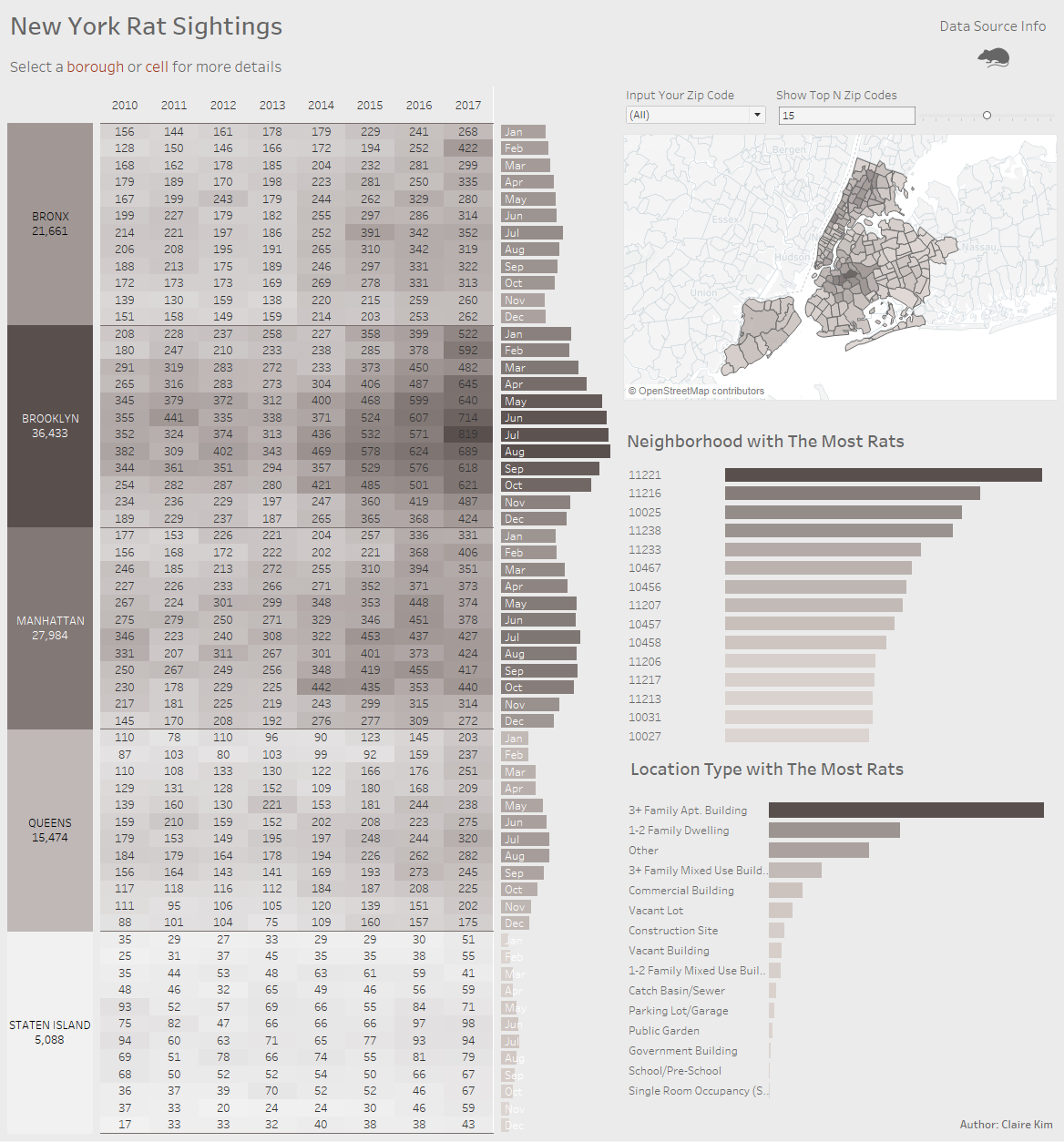 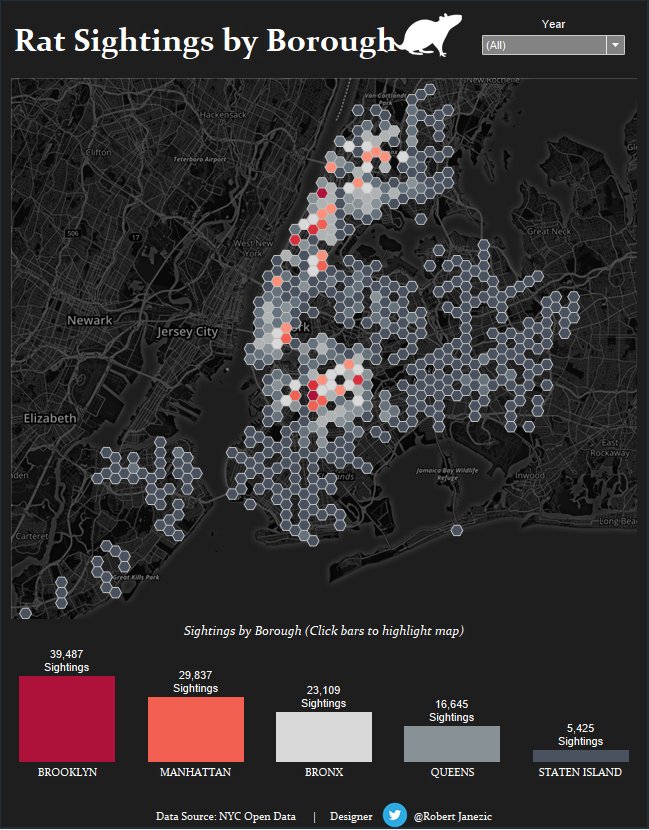 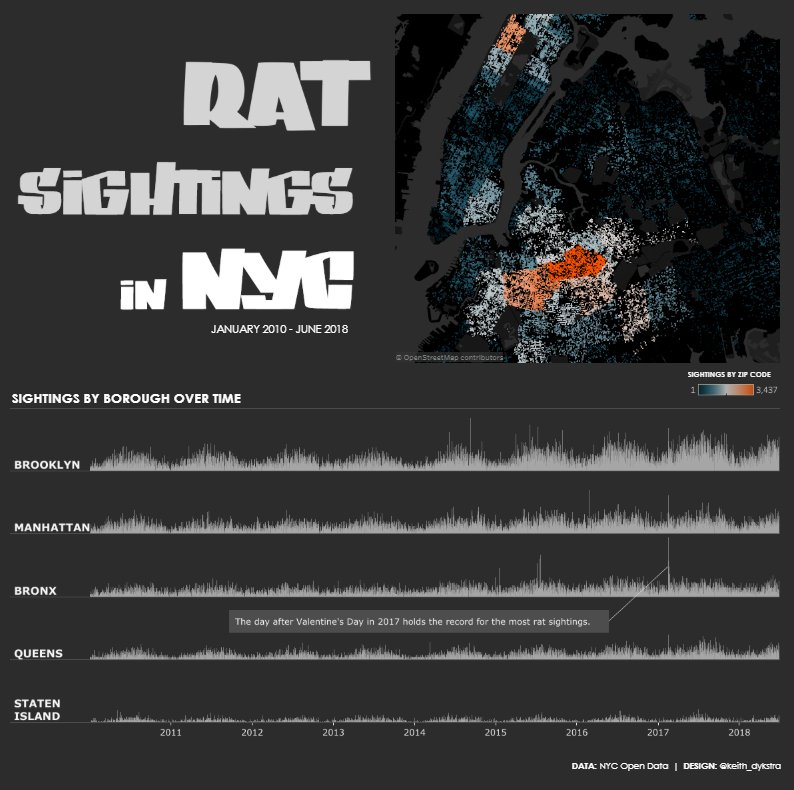