This week we analysed data from the Tate Collection. Metadata about thousands of paintings and drawings and probably quite a different dataset for the Makeover Monday community.

What I really liked seeing this week was the amount of creativity people brought to the topic. So many of you took this chance to reflect the topic in your data visualizations. There were a lot of monochrome vizzes, reflecting the colours from the Tate logo or the mediums artists used.

And then there were some really colourful vizzes coming through of people who chose their favorite artists and let them inspire their dashboard designs.

Check out what Donna and Sarah created: 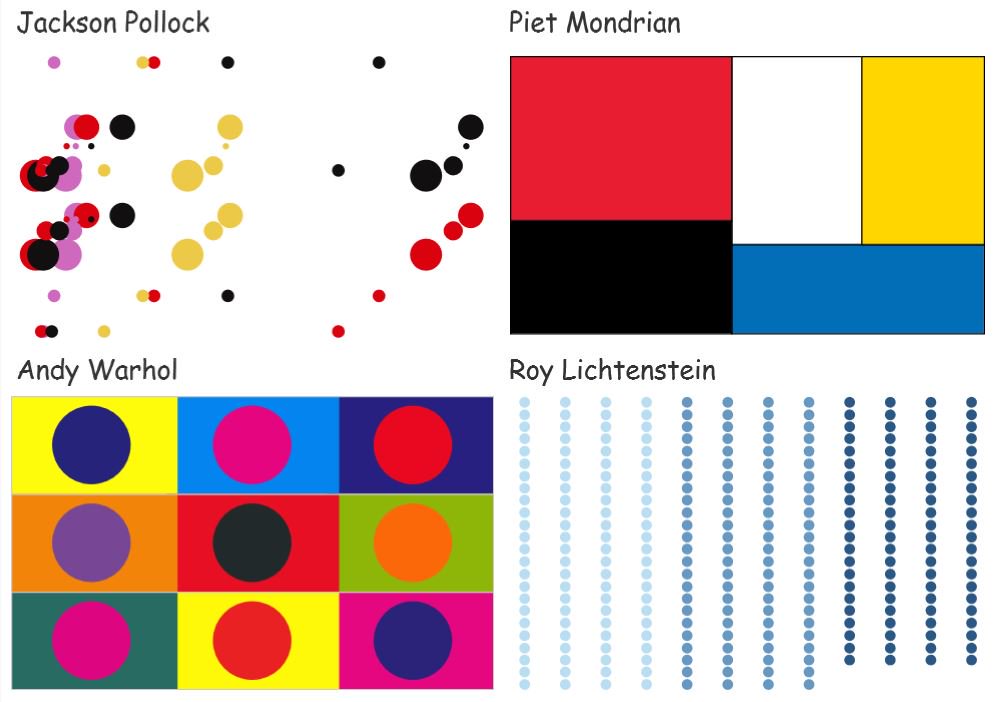 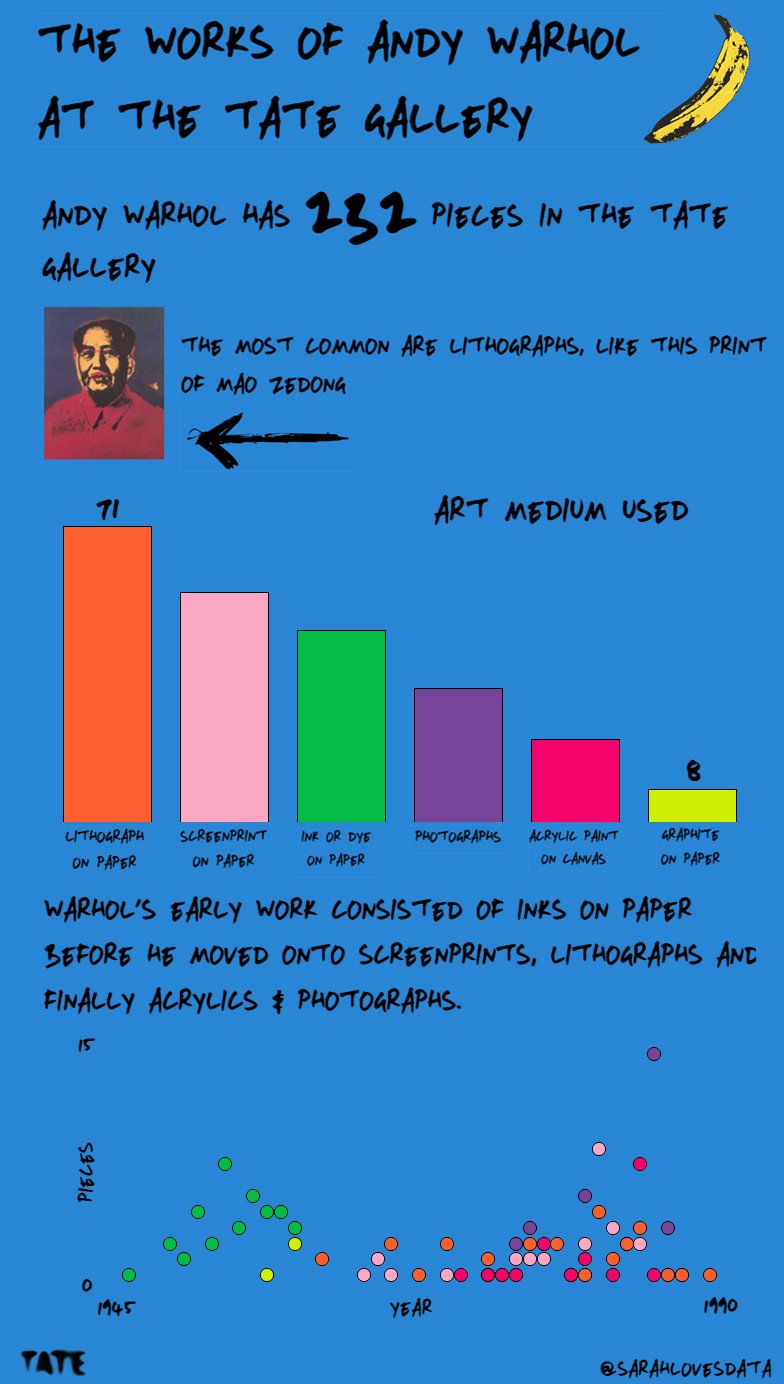 I know there was a bit of criticism of the dataset and Andy was actually the first to complain on Sunday evening, followed by Adam Crahen, who both messaged me saying they didn’t particularly like it. And that’s fine, we’re still friends. Not everyone will like every dataset. There are plenty of times when people won’t find a topic interesting or don’t like the way the data is structured and struggle to work with the dimensions and measures provided.

Out there in the ‘real’ / business world, we often are given datasets that we have no influence over, they might not be ‘fun’ to work with or are missing a lot of data. And we do it anyway and create reports and dashboards. I think it’s fine to feel a bit uncomfortable every now and then.

I also received a number of messages from people who really did like the data and I was surprised to see how many of you are actually really into art and art history and how well this was reflected in your visualizations.

I appreciate the educational approach some people took who didn’t just visualize data but decided to teach others about art and art history, or informed us about the Tate collection, a specific artist, etc.

I thought it was great to see what angle different people took with their analysis. For example, some people focused on Turner, while others focused on all the other artists and excluded Turner. A number of you looked at the number of artworks or when artworks were acquired. For example Adam and Simona both created a simple but visually appealing and well designed overview of the dataset: 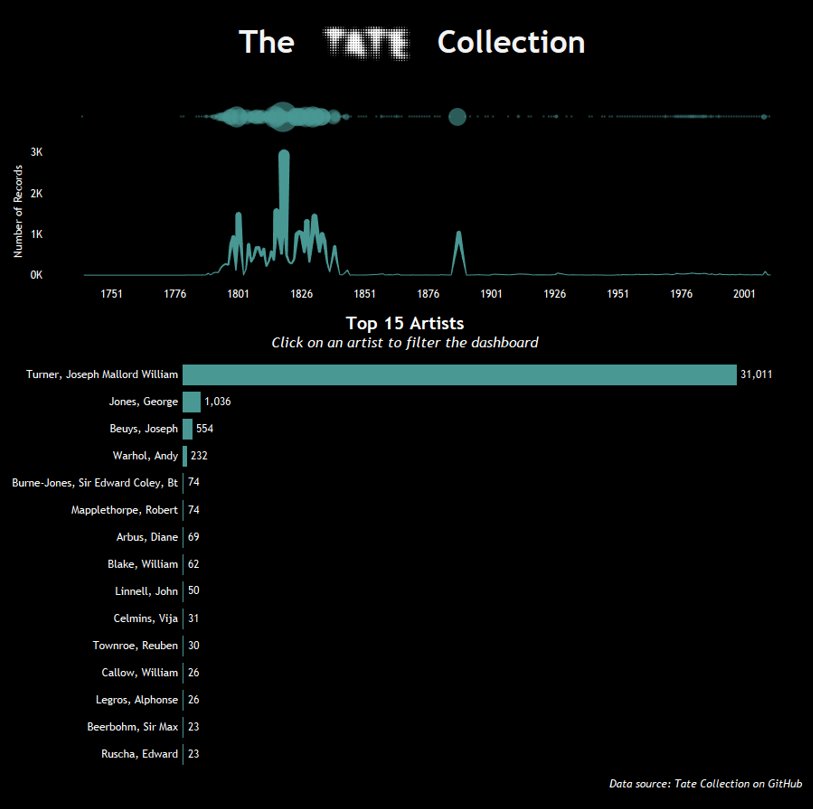 Some of you analysed the dimensions of paintings and drawing, given the measurements in the data. This is a route I took as well but I didn’t execute it nearly as elegantly as Liam Butcher or Staticum. 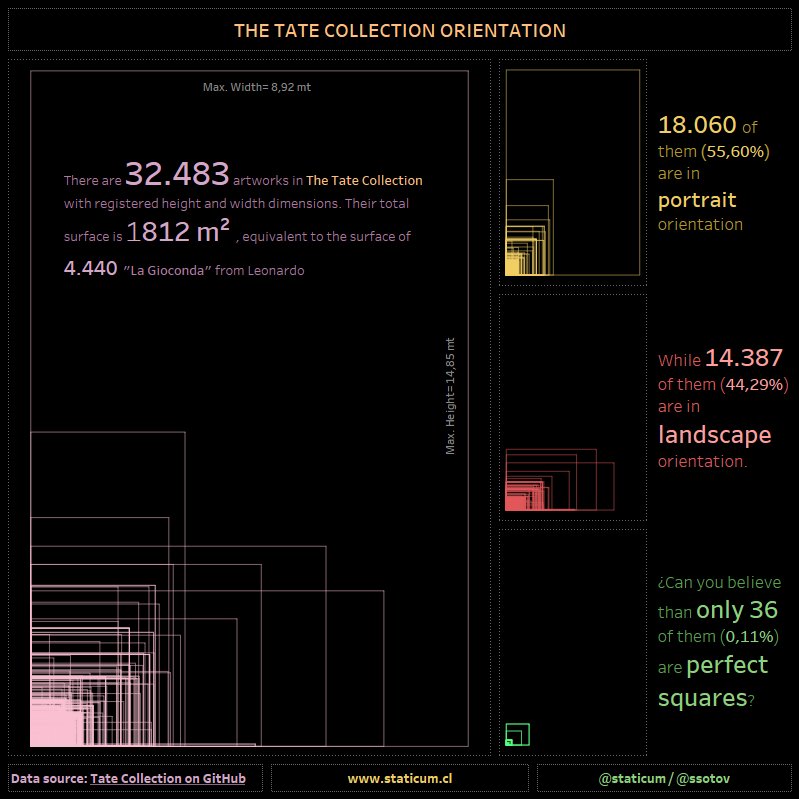 Why I picked this dataset

I think this dataset really lends itself to various aspects of data visualization and that’s partly why I picked it.

There are date fields, names of artists which et people analyse male vs female artists and give you an opportunity to work with calculated fields. Then there were URL fields who can be used for URL actions to embed the thumbnails of artworks, as well as the dimensions (measurements) of each drawing or painting, which could be used in creative ways as shown above.

There were a number of really, really good visualizations this week and the examples I picked for my favorites stood out because they were well designed, had interesting analysis or story telling, showed depth of analysis or were really creative in their approach. Or a combination of all of these.

In terms of critique or lessons learned, I don’t actually have a lot to critique. I don’t think there were any obvious errors made around aggregations or using measures incorrectly or anything like that.

But because I still want to provide you with some ‘lessons’, here are my recommendations for those who like to take things a bit further.

I see a lot more people now including Big Ass Numbers (BANs) in their visualizations and it’s a great way to draw attention to key insights and to focus your audience on the key points you’re trying to make. BANs give data importance and prominence as well as clarity. It’s a number, people like numbers, especially when there is just a single one to focus on.

What I want to suggest is that you can make those numbers even bigger. Some of us, still seem a bit shy about increasing the font sizes for maximum impact. Whether you use them in a description, as a colour legend or standalone – make them bigger.

Can you find more space for them? Is there something else you can remove to let your BANs speak for themselves? I’d encourage you to give it a go, crank up the font size and see where it takes you.

Pooja’s viz this week is a great example. She uses large numbers to draw attention to various parts of her viz while also showing data in a visual way. 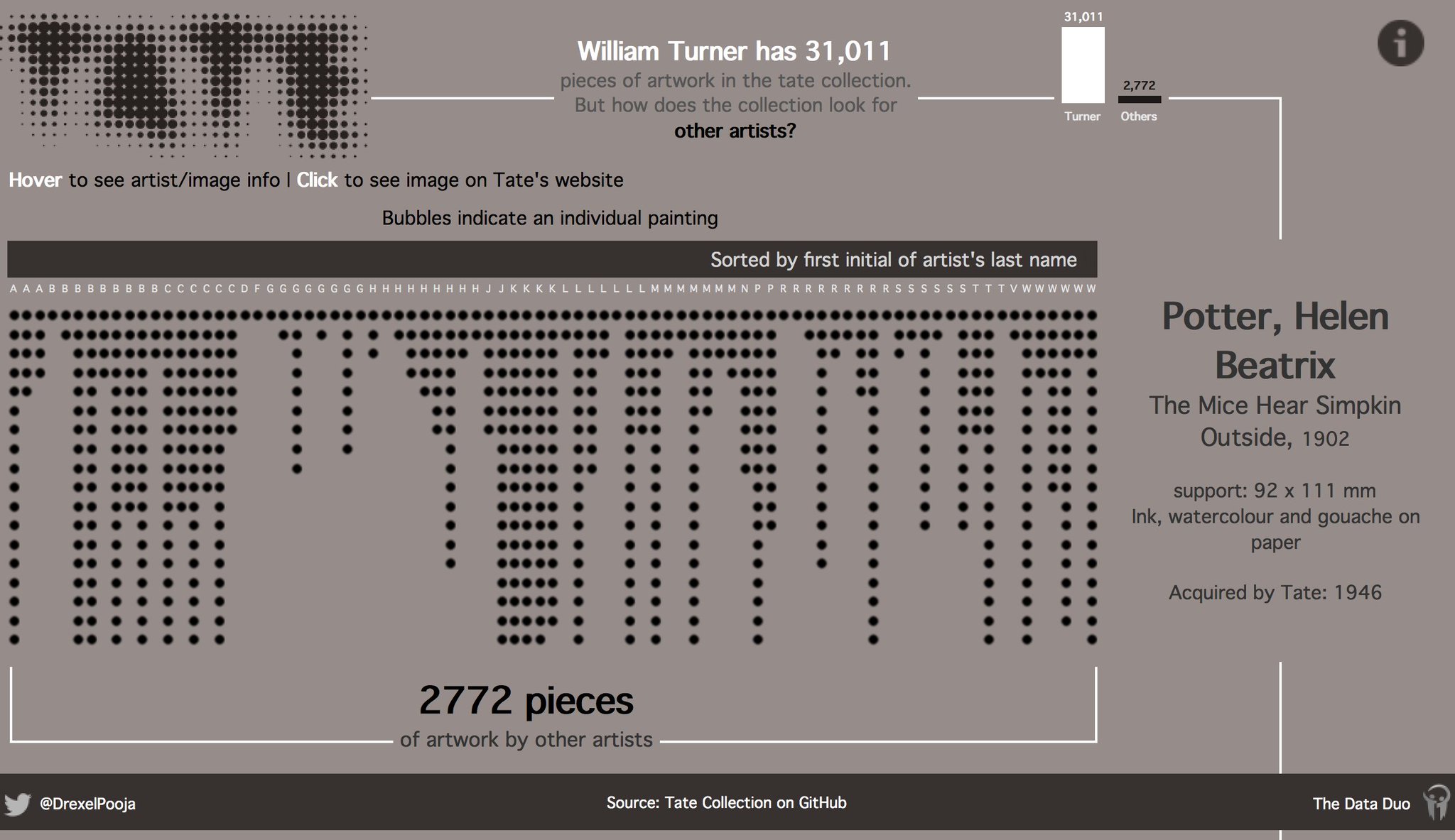 Creating for mobile requires some practice because it is not simply a matter of changing the dashboard size, but instead means you have to consider the flow of your viz as it extends beyond a single screen, reduce complexity and design for touch.

This is often a different design process: how do people experience your viz on a small screen that they touch with their fingers rather than on a desktop or laptop screen which they navigate with their mouse.

I want to encourage you to design for mobile more often. Try and find something that works and keep it simple. You have to :-). Start with a single screen with a couple of charts and a title and go from there.

The reason I recommend you try this is because so many of us consume information and communicate with others on our mobile. I personally spend a lot of time on my mobile talking to many of you on Twitter. That’s why I like the images of your viz because they fit on the screen and I can zoom in. But I can’t interact.

When you design for mobile (let us know!) and include a link to your dashboard, we can actually look at your viz, interact with it and get a better idea of what you created.

It is also a good challenge to create for a small screen, to force yourself to keep it simple and to consider the truly interactive, ‘touchable’ experience of a viz on a mobile phone.

This week was a great opportunity for participants to play with design ideas. It is perfectly acceptable to create a simple, neat bar chart with clear labels and neat tooltips and call it a day.

But if you do want to go a little bit further with your design skills, then feel free to browse through what other people have done and let them inspire you. Keep in mind, this is not expected. And some of those people with outstanding vizzes actually have a headstart because they have a background in graphic design. If it looks like it was done by an expert, then there is a chance it actually was. Don’t let that discourage you. There is plenty of stuff for all of us to learn from them. Just don’t feel like you have to reach such high levels right at the beginning. Give yourself time to develop those skills and ask questions. Always ask questions.

For well-designed vizzes that make effective use of white space and let the data stand out, look no further than the submissions by David and Michael: 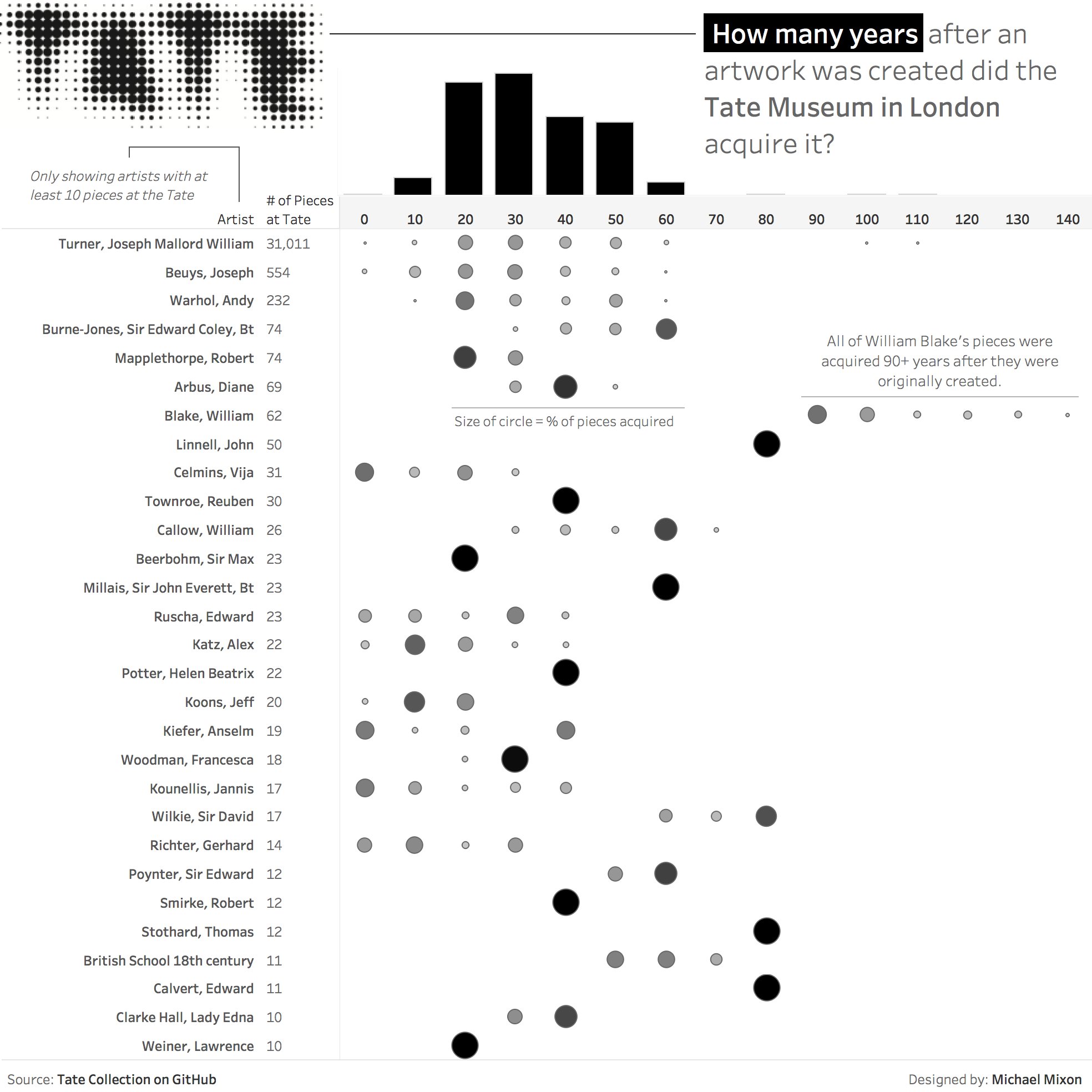 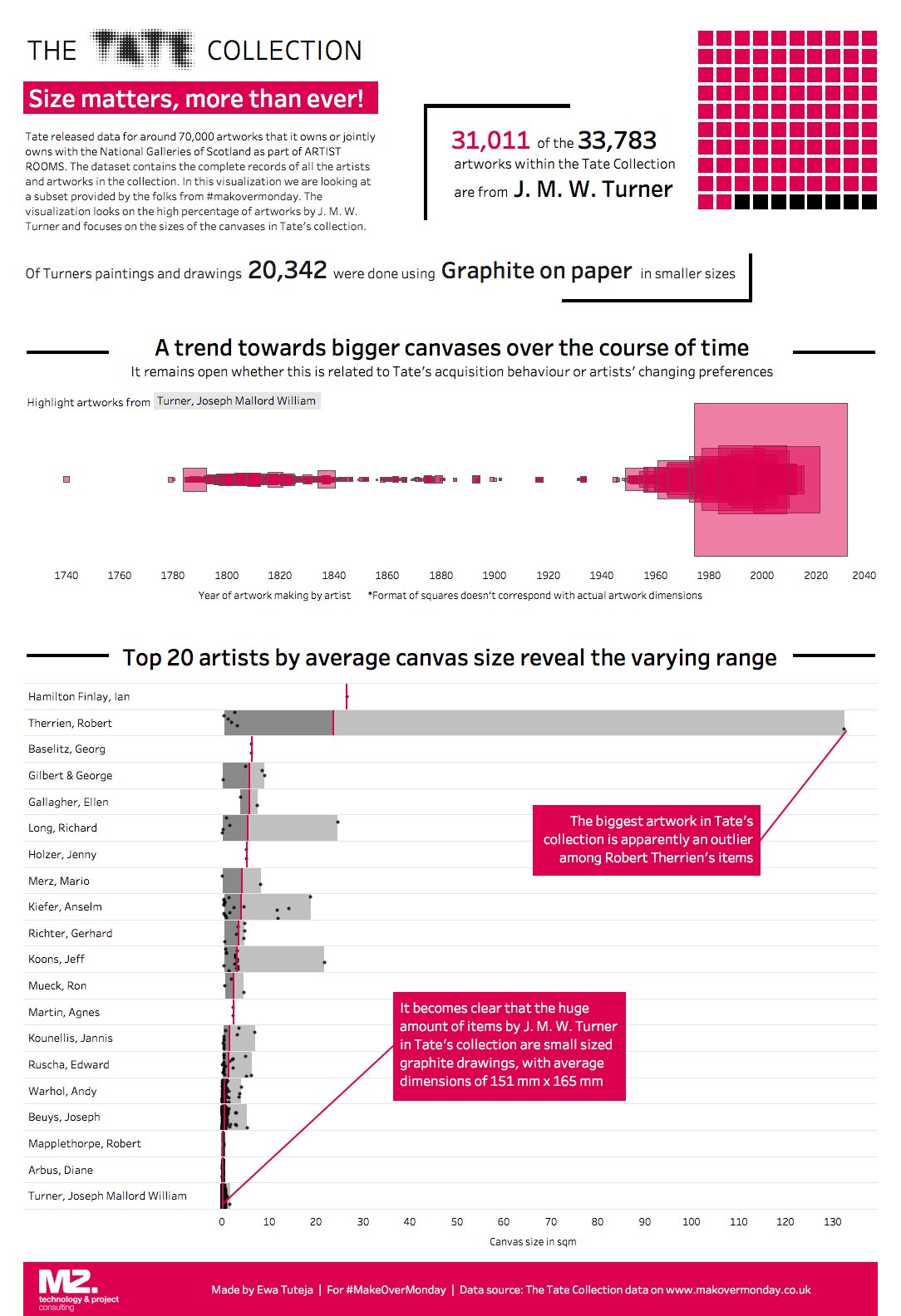 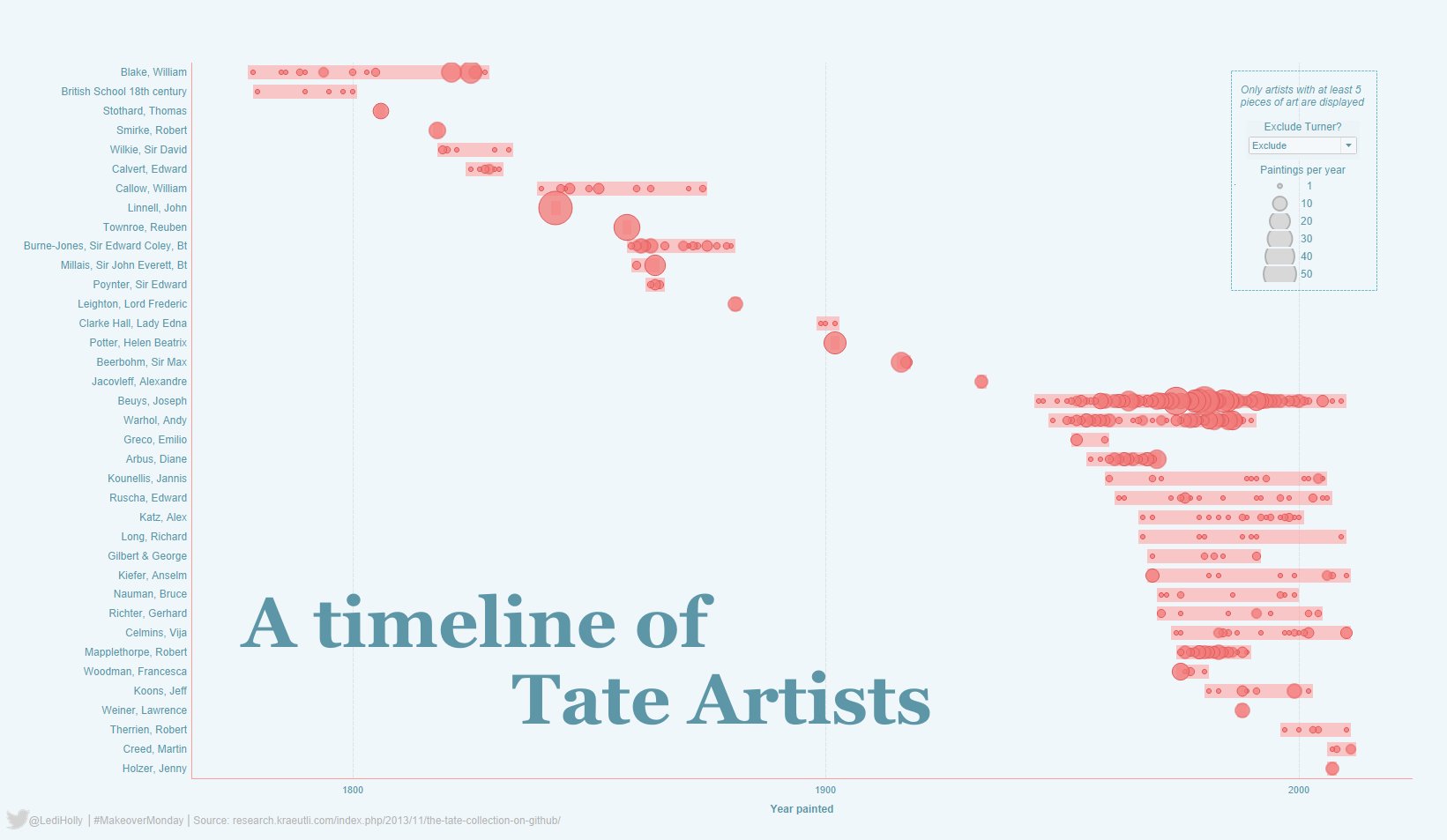 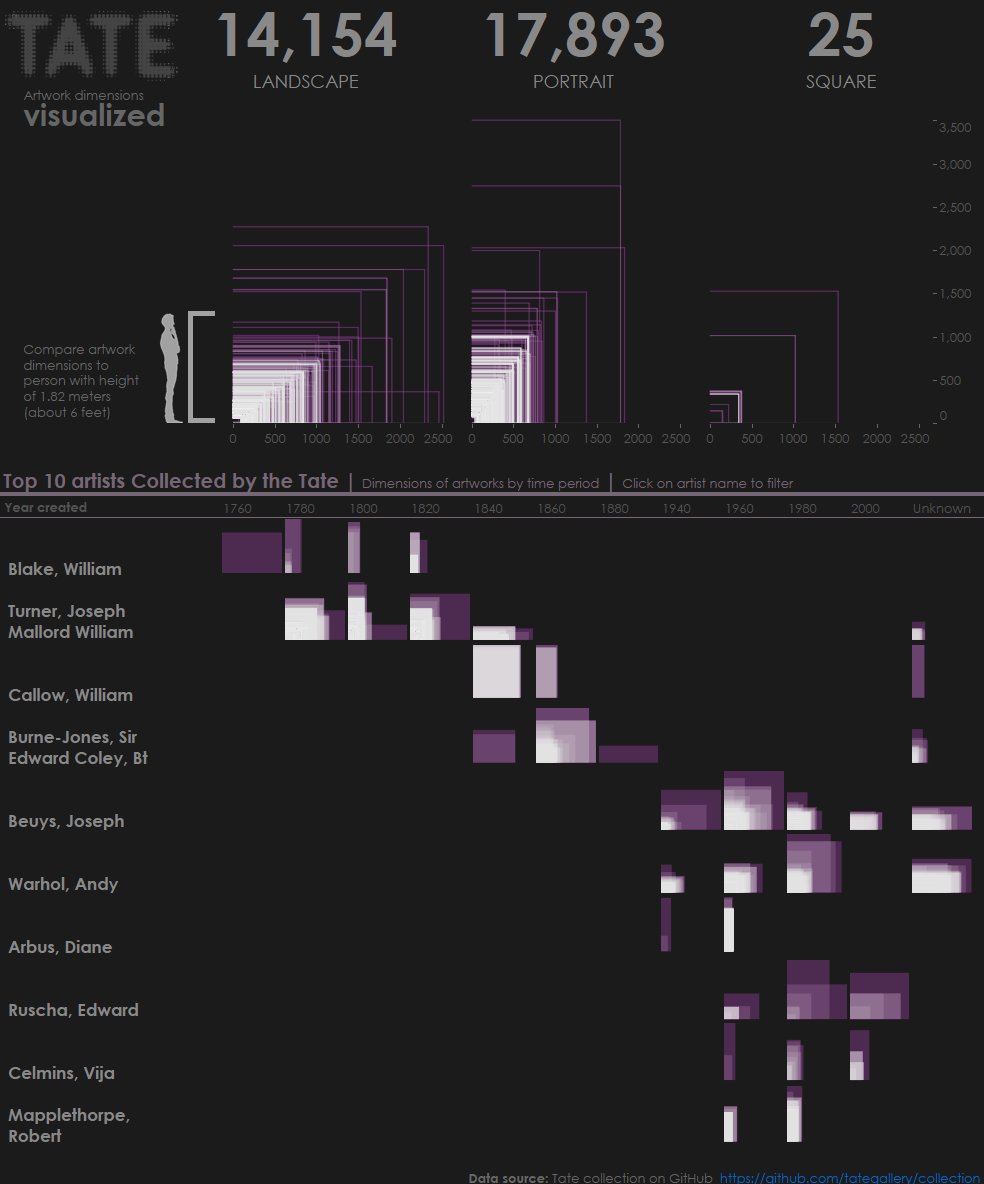 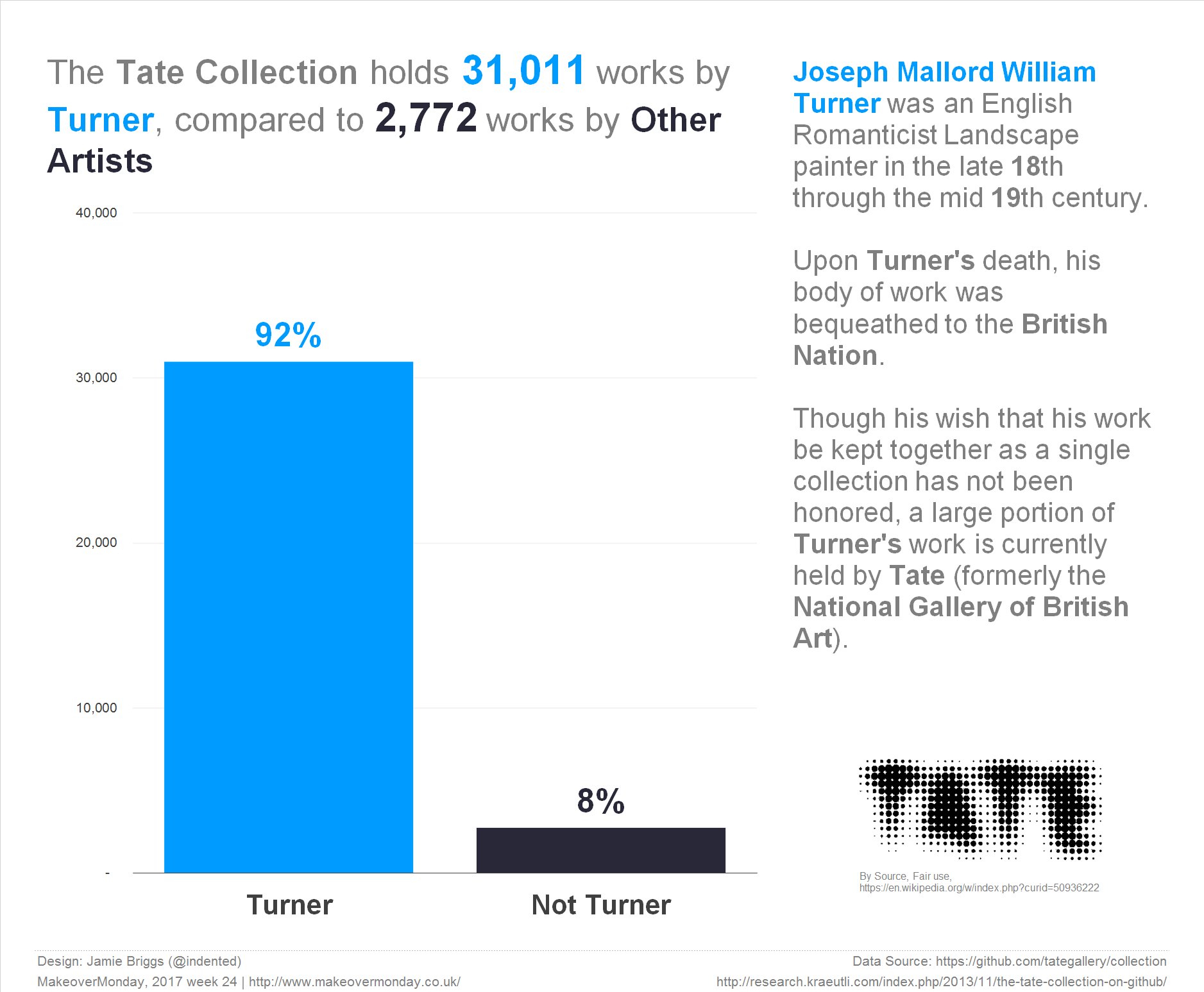