Who doesn’t love a map? For week 22 we looked at global internet users across almost 200 countries. Andy and I both had a fair bit of critique for the original viz and I am very pleased with the numerous great submissions from the community.

What was great to see were the high quality visualisations which managed to either do completely without a map or used a map very effectively to enhance the data story around internet user numbers.

There is also definitely a trend towards more simplicity and vizzes across the Makeover Monday community are becoming simpler and clearer. It’s great to see that the feedback we give as well as the comments many of our community members are contributing on Twitter on a daily basis, have helped everyone to improve their work and tell better stories with data.

And a non-data related development I have noticed that I’m excited about is that the regular members of the community seem to really have gotten to know each other. It’s almost like we’re working together several days each week and people are starting to recognise each other’s style and preferences and can tell by the image of a viz who the author is. The tone in which everyone is talking to each other, giving tips, answering questions, making suggestions and encouraging newbies is really supportive and friendly and a very positive reflection of the greater Tableau and dataviz community. I wanted to say thanks for being really cool people and for making this project a positive learning experience for everyone who gets involved.

We’re really looking forward to meeting many of you in person at next week’s live Makeover Monday event during TCOT London.

Now let me share a couple of lessons from this week’s challenge.

Yup it happened again and I’m just as guilty of using it during my analysis of the data. The dataset contained internet users per 100 people, which means it was essentially a percentage. An average number per year per country.

The data is at the country level of detail. We could go up to a regional level by grouping the data, or even a global level by taking the average across the entire dataset. But that’s a bad idea. Why? Well, we are not considering the weighting that went into the underlying data, e.g. the population of each country in a region.

During my viz process for this week’s makeover, I initially did this wrong, but Andy gave me some feedback, so I fixed it before submitting. Reminder: get feedback from others, and feel free to ask them before publishing.

There has also been a discussion about it on Twitter this week and Andy pointed out that he went about it the wrong way, too.

If you averaged your averages, check your viz to see what the numbers are and ideally fix it to show the right results :-). Check out Charlie’s blog for a great explanation.

My recommendation: Always check at what level of detail your data is captured. Ask yourself whether your aggregations are correct and a sensible way to represent the data. Ask others for their feedback on the way you treated the data.

It’s not a crime to do stuff wrong, so don’t be discouraged if you made a mistake. Just make sure you learn from the collective work of this community and if you don’t understand why what you did was wrong, then ask.

This isn’t something wrong as such, it’s more a matter of preferences and my attempt to encourage you to try something new.

We tend to see a few submissions every week which are very much traditional BI dashboards. There’s nothing wrong with building those dashboards but often they are not as engaging as they could be. Partly that’s because of the layout and people being so used to the ‘KPI dashboard’ look and feel that they don’t really engage with the content.

But also, these BI type dashboards we see being submitted often appear to be a collection of charts that are not strongly tied together through a story and don’t have a natural flow to them.

My recommendation: Be bold and try a different layout. If you want to have multiple charts in your dashboard, why not go for a tall portrait layout and have the charts follow each other to tell a story? They don’t need to be in a 2×2 matrix.

Add some text boxes in between to break up the view and provide content as well as connect your visualisations within a bigger overall story.

Now let’s look at the favourites for this week… 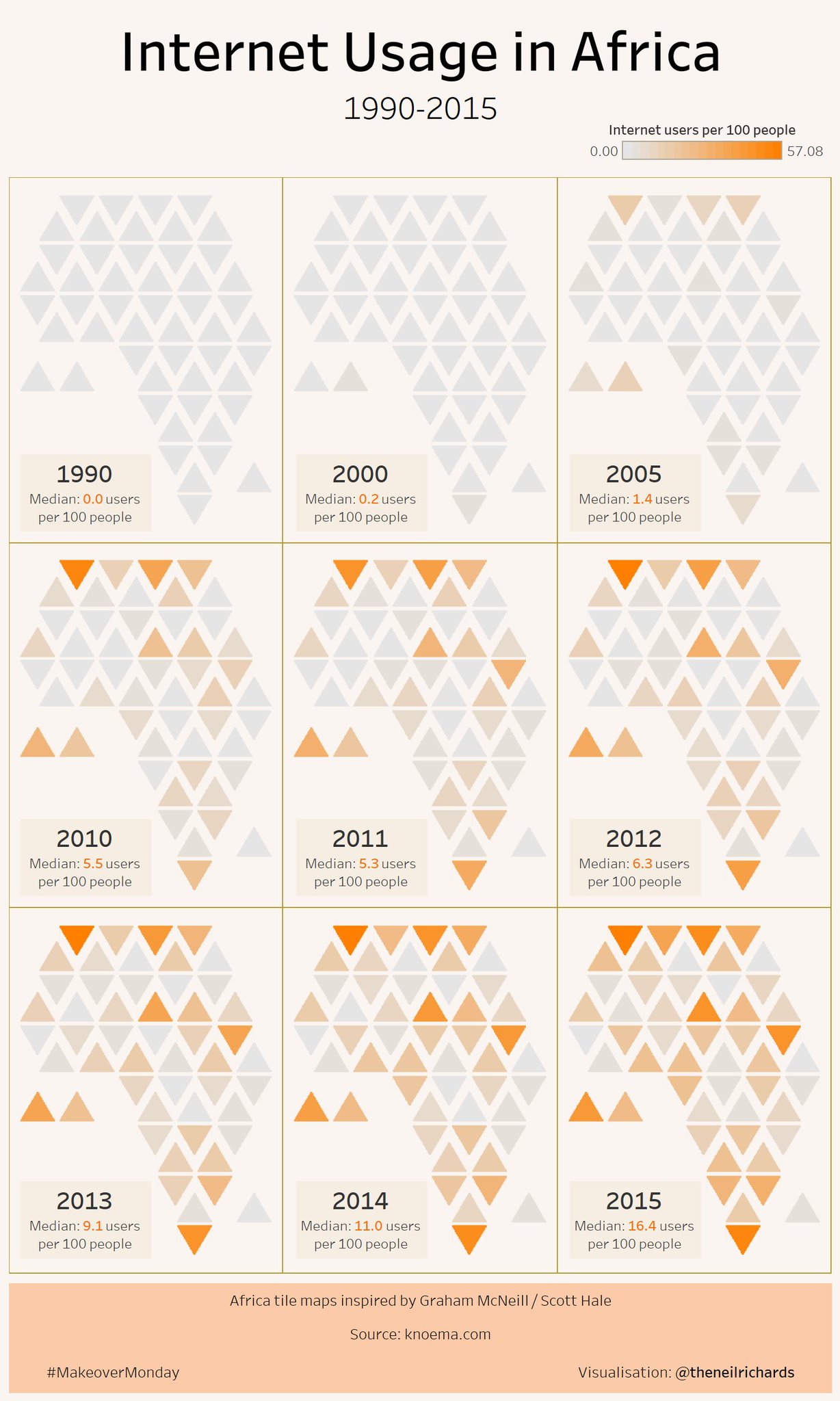 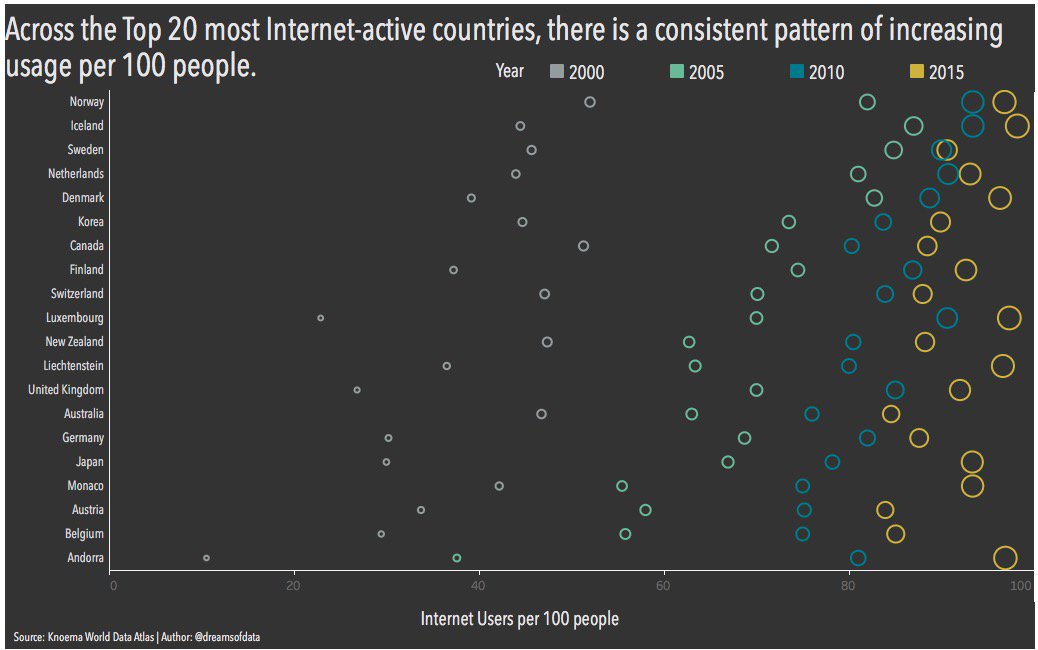 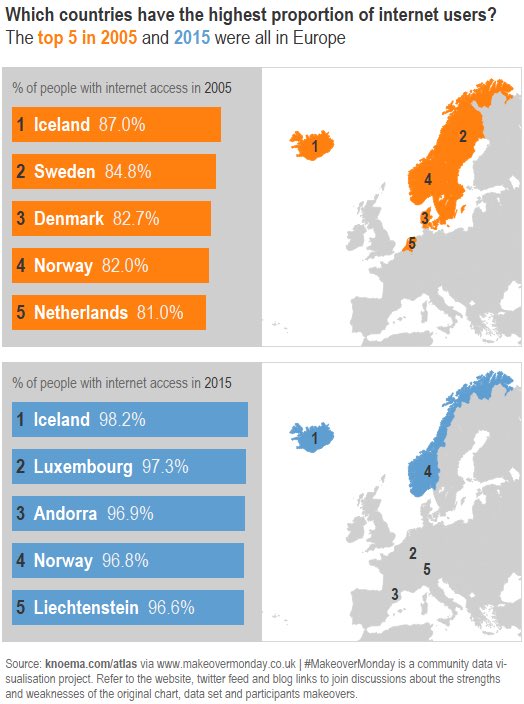 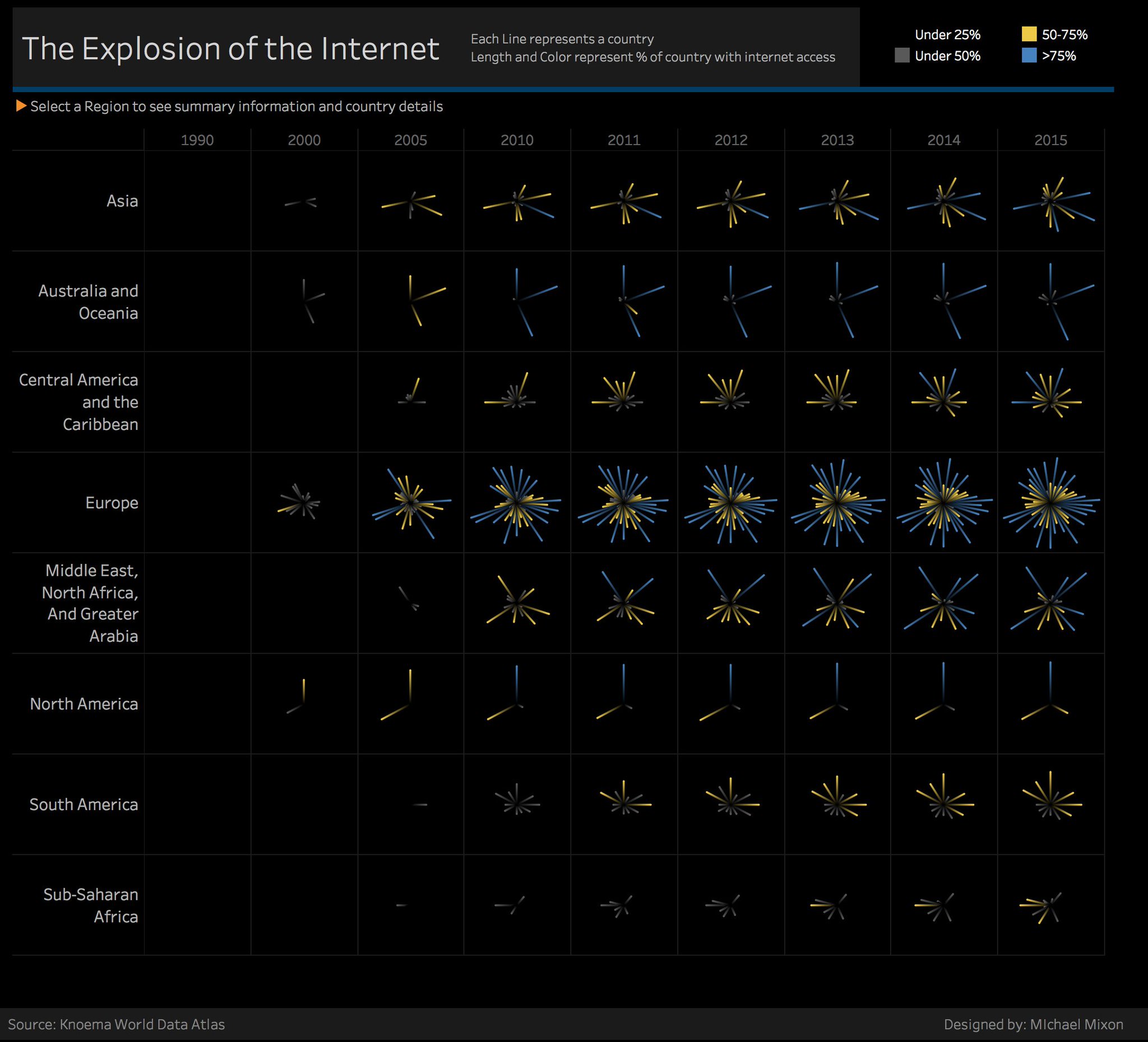 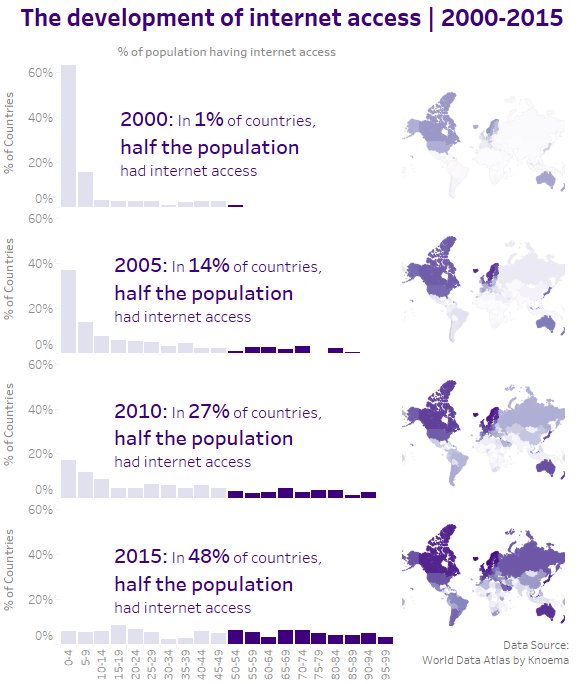 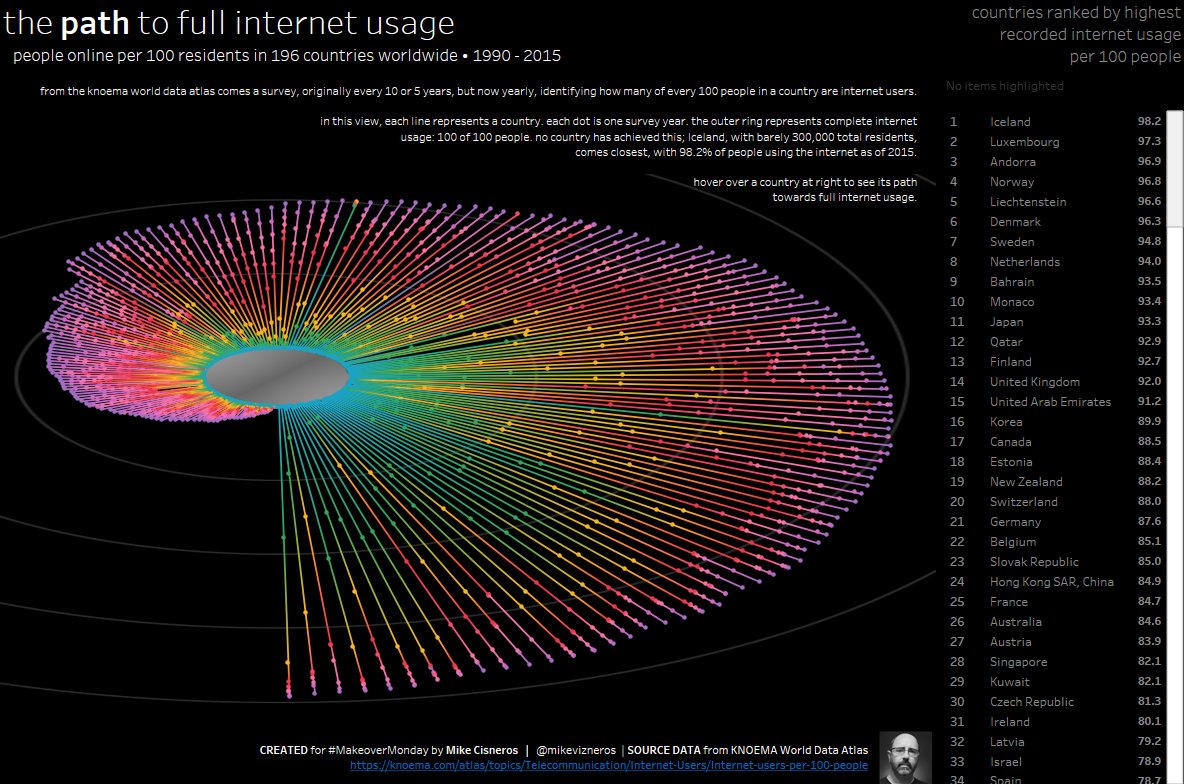