Week 2 – Have Apple Lost Their Edge With iPhone?

Week 2 was a makeover of a bar chart showing iPhone units sold since the first iPhone was released in 2007. This week we received over 150 submissions.

In light of the criticism of the data for the week 1 challenge, I decided to state a few observations I made on the iPhone sales visualisations. I hope you will find them useful and they should give a good indication of how I arrived at this week’s list of favourites. 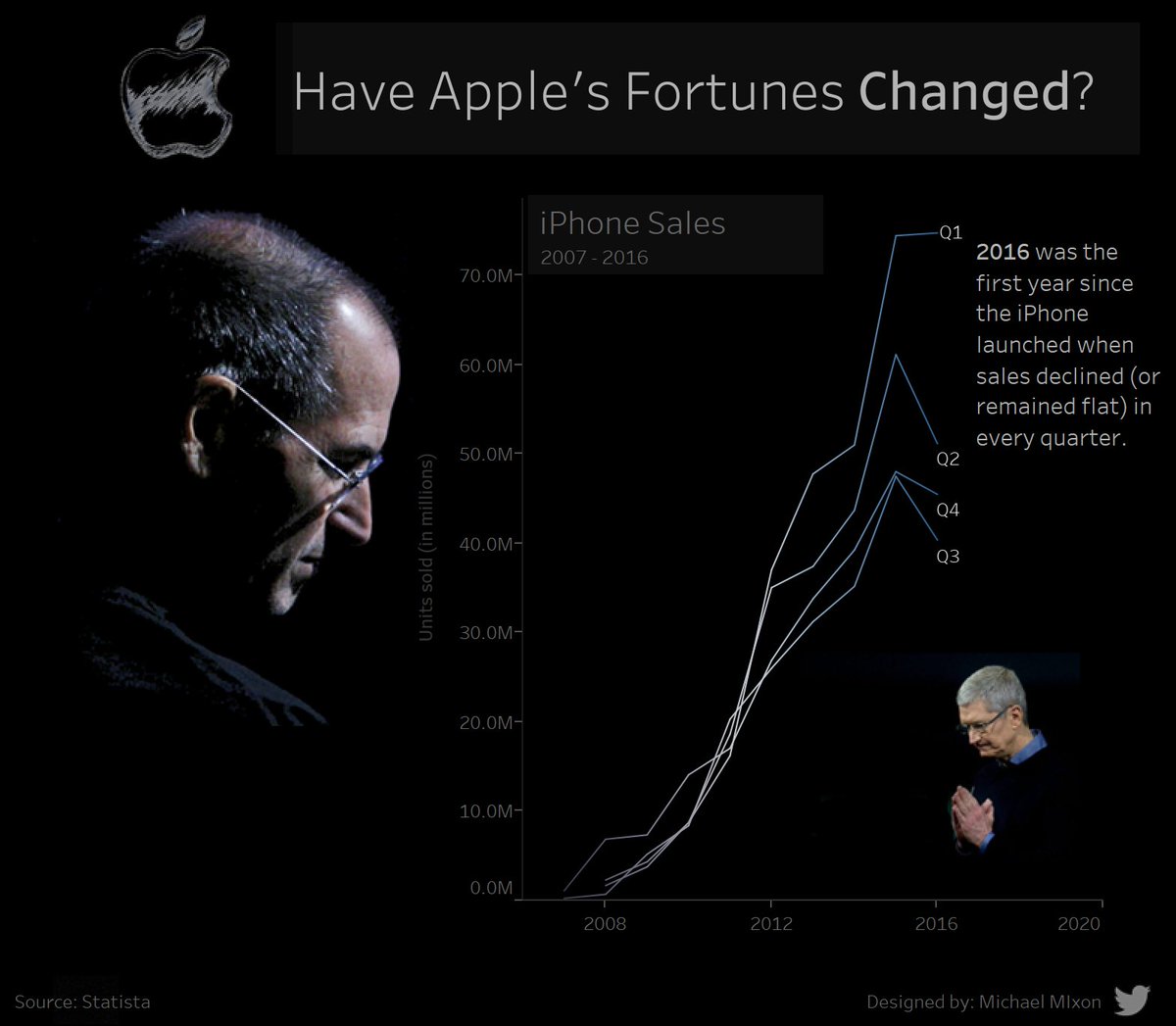 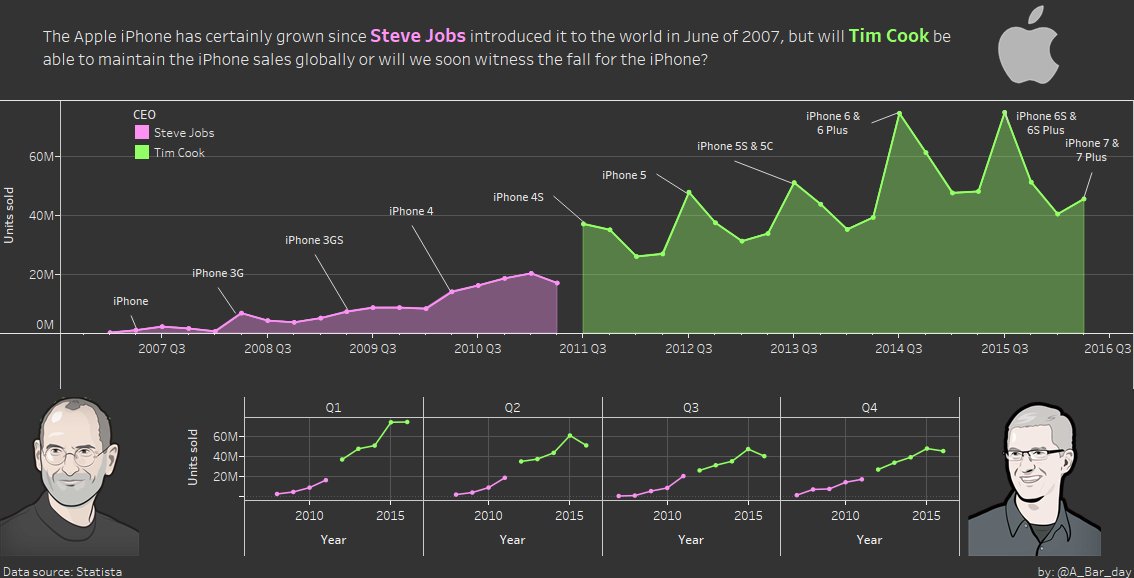 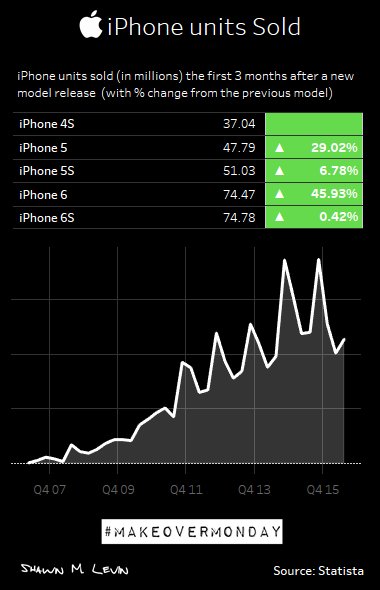