For week 17 we teamed up with Tableau to look at LinkedIn’s ranking of the skills that are most in demand. From a selfish perspective for Makeover Monday, it’s pretty amazing to have such close support from Tableau. What’s even better is that Tableau realises this isn’t a “Tableau” project; it’s a data visualisation project. And they’re ok with that. Just like us, Tableau wants to see people using data to communicate effectively.

The data provide was nothing more than a ranking of the jobs. This can be quite tricky for making comparisons because even though one job might be ranked 2nd and another 5th, we really don’t know how big that gap is with seeing the raw data from the survey. It would have been great if LinkedIn provided the number of responses to each question. Then you’d be able to measure the true gap between responses. As you’ll see below, though, you can still come up with some great visualisations with such bland data.

I beat the context drum constantly. Context helps provide your audience with a simple way to make comparisons without having to do any mental gymnastics. There are many ways to add context: comparison to prior year, comparison to an average, comparison to a target, etc. Then visualise that through methods like highlighting or indicators or reference lines.

In this example, MS used highlighting. 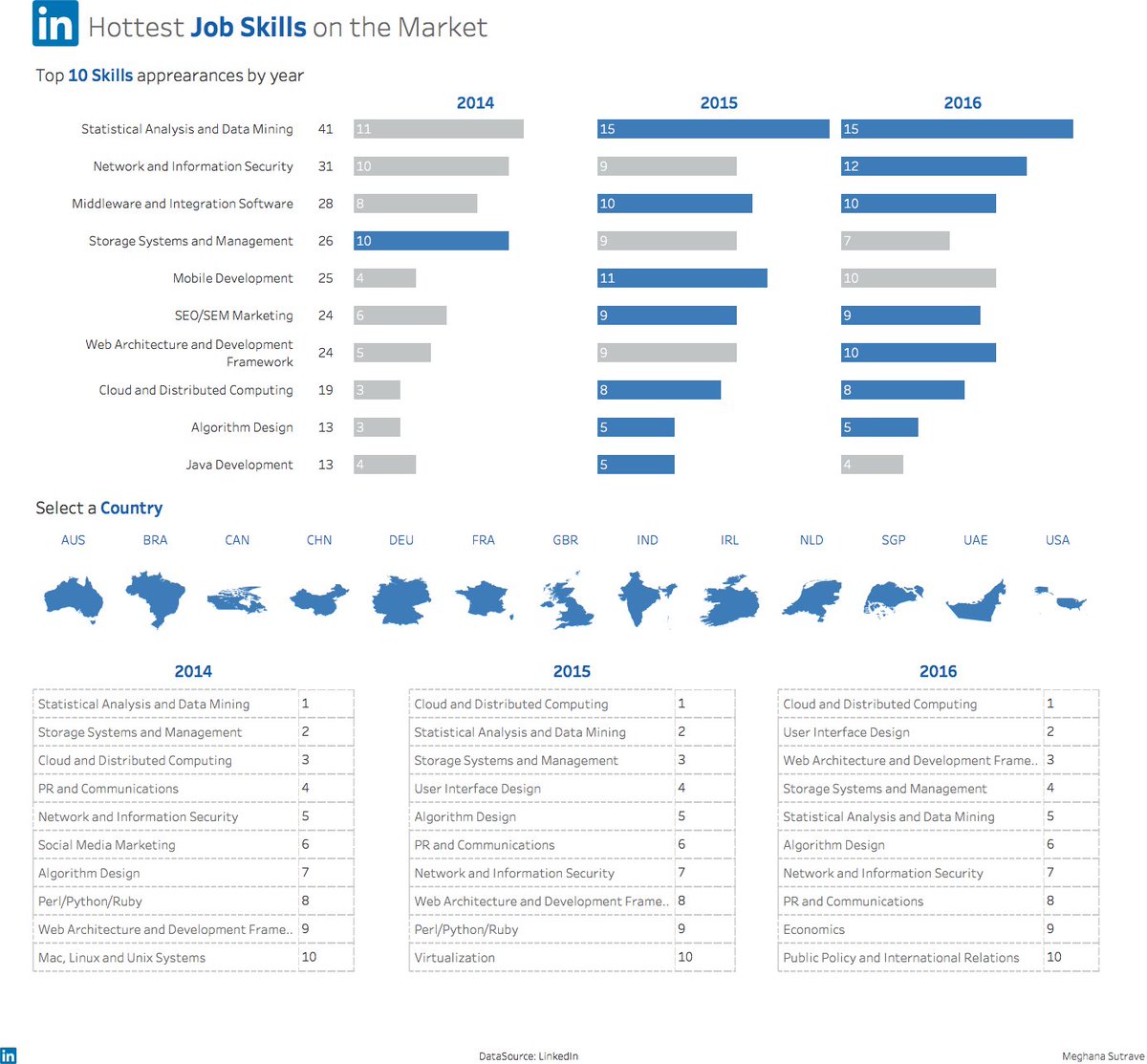 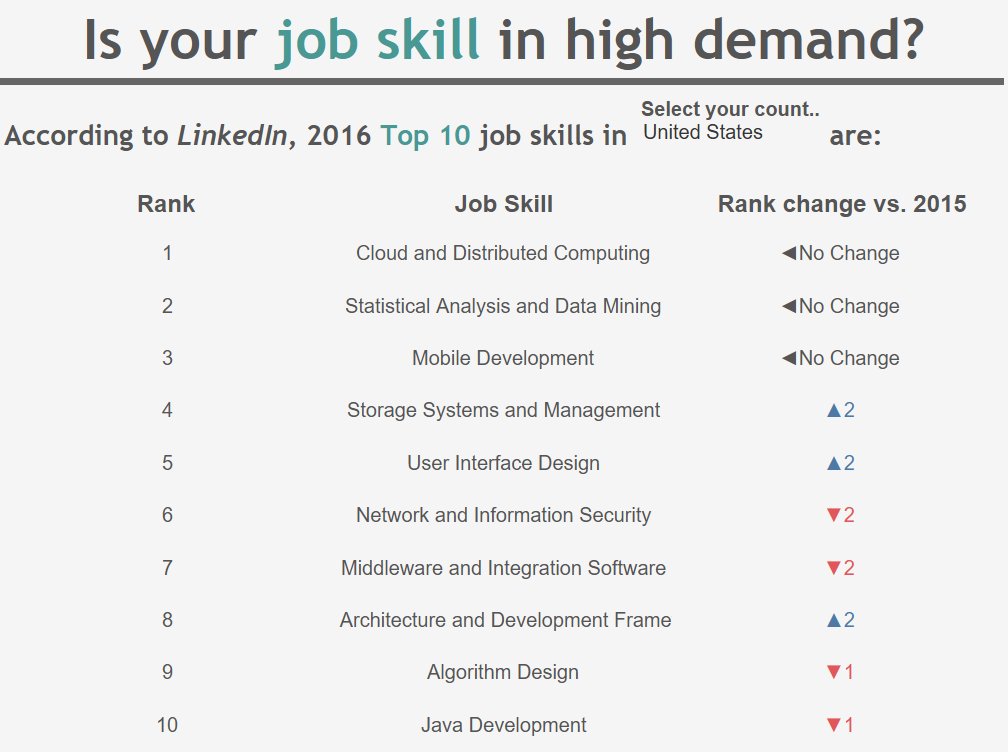 Both are very effective at focusing the audience’s attention on what’s important. Well done ladies!

This data set was kinda crappy in that there were tons of holes in the data. For example, in 2016 there are far fewer jobs listed than 2014 and 2015. I’d warn people against using incomplete data for comparison purposes. I saw way too many bump charts that would have a dot by itself or connected for only two of the years.

There’s no real good answer to this, however, I’d like to offer up a few suggestions:

USE COLOR TO ADD MEANING

Next time you add color, think about what value it’s adding. Does it improve understanding to color every job differently? I doubt it. What if you remove color? Does it take away from interpretation? What if you use color to highlight what’s important? Color should be used to add context to your visualisations. If it doesn’t add context, consider removing it.

Great work this week with a tough data set. With that, here are some of my favorites from week 17. 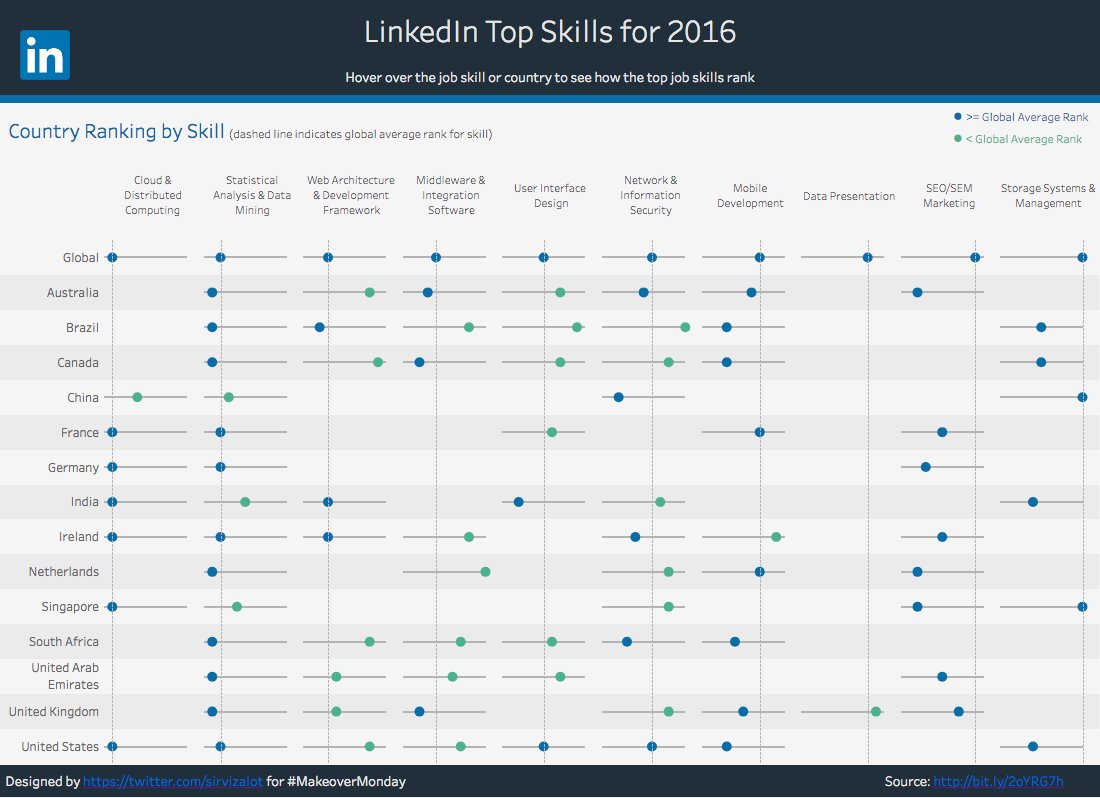 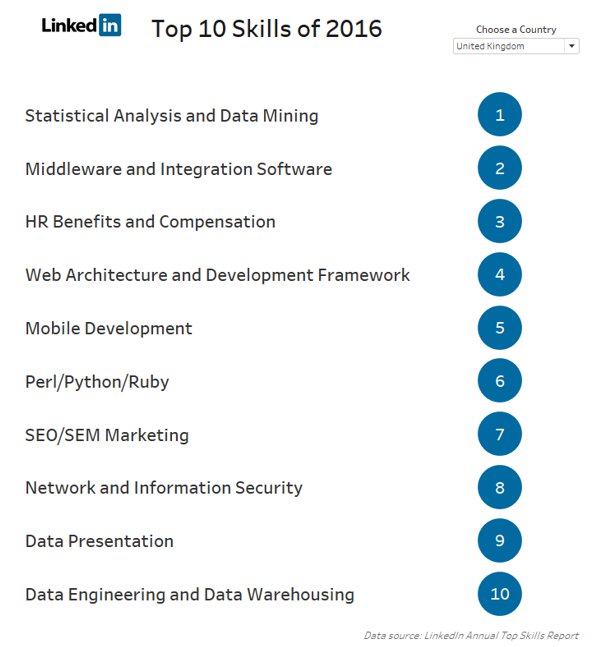